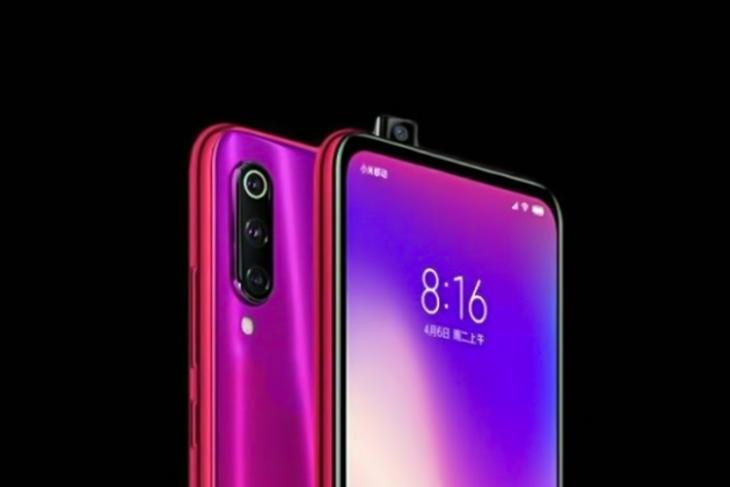 The Redmi K20 should be launching soon, and Xiaomi is teasing the phone relentlessly on social media. Now, Xiaomi’s Global VP, Lu Weibing has shared a screenshot of the Redmi K20’s AnTuTu score, and it’s mind blowing.

According to the screenshot, the upcoming Redmi flagship scored a whopping 458,754 points on the benchmark, which is by far the highest on the platform for any smartphone, and yes, that includes the iPhone XS and iPhone XS Max. 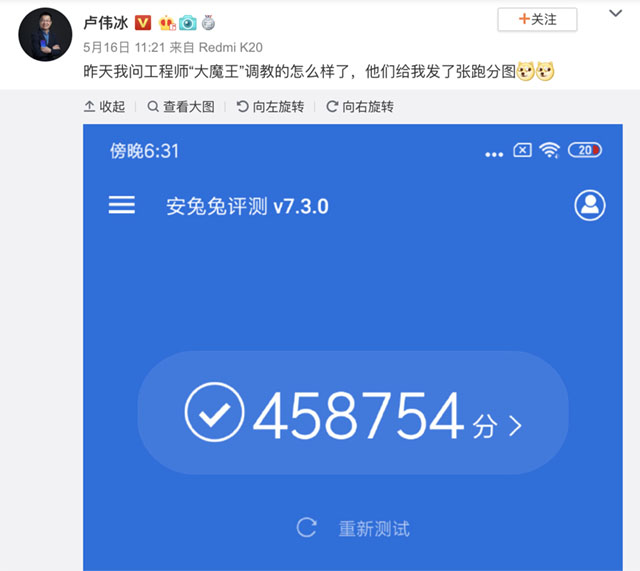 The only devices scoring higher than the Redmi K20’s purported AnTuTu score are the iPad Pros. You can check out the AnTuTu rankings here.

The Redmi K20 is expected to launch with the Snapdragon 855 Mobile Platform, paired with up to 8GB RAM and 256GB storage. A 48MP rear camera is also expected in the smartphone, along with a pop-up selfie camera.

Other than the AnTuTu score of the device though, none of the other details have actually been officially posted or confirmed by Xiaomi, so we’d suggest you take this information with a pinch of salt. However, with the launch of the Redmi K20 on the horizon, we should get more details pretty soon, and maybe even before the actual launch itself.

So, are you hyped about the Redmi K20? Will you buy it if it is priced competitively by Xiaomi? Let us know in the comments. Also, what do you think the Poco F2 will be like, since it looks like Xiaomi will soon have two affordable flagships on its hands in India.