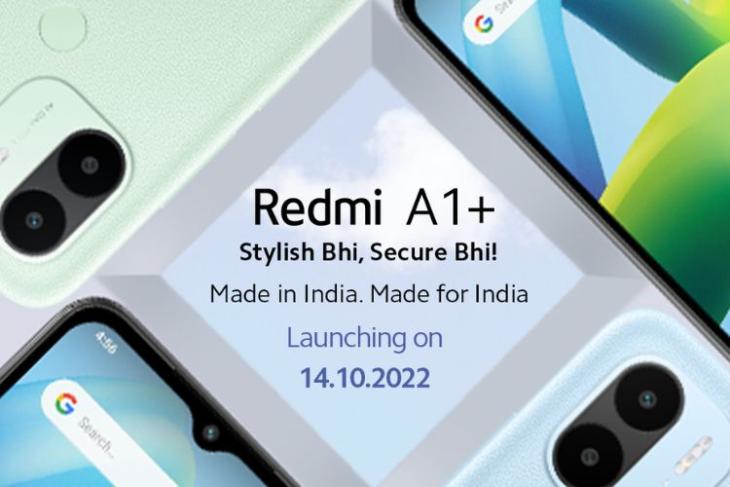 Xiaomi recently re-introduced its A series with the launch of the Redmi A1 in India. The lineup is about to get a new member in the form of the Redmi A1+ on October 14. Here’s what to expect.

Redmi A1+ Coming to India Soon

Besides confirming the launch date of the Redmi A1+, Xiaomi has teased the design of the phone too. The Redmi A1+ will look similar to the Redmi A1, featuring a Leather Texture finish. The front will house a waterdrop notch.

The phone will also come in black, light green, and light blue colors. There will be a difference, though. The Redmi A1+ is confirmed to get a rear-mounted fingerprint scanner, while the Redmi A1 lacks one.

It is also revealed that the device will house dual rear cameras, similar to the Redmi A1. Plus, the A1+ will be made in India. Other details remain unknown but we expect the Redmi A1+ to be akin to its non-Plus model in terms of specifications. The price could also fall under Rs 10,000, competing with the likes of the Moto e32, the Realme C30s, and more.

We will keep you posted on this, so, stay tuned to this space. And do let us know if a budget offering like this interests you in the comments section below.