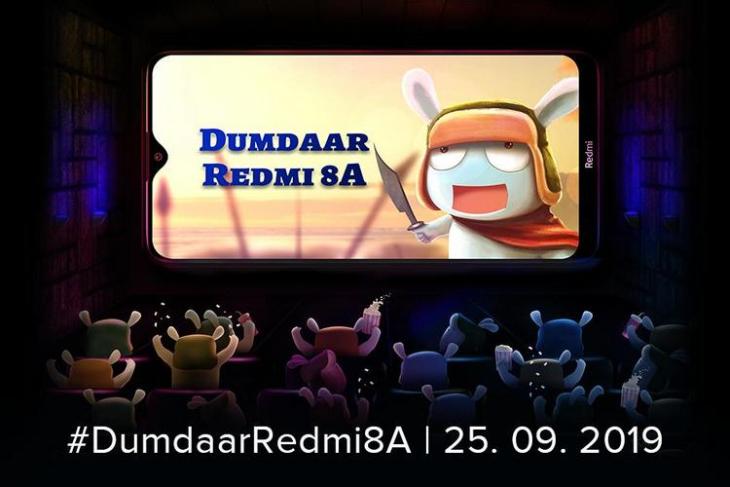 Xiaomi on Thursday announced that its entry-level Redmi 8A smartphone will be launched in India on September 25. As can be seen in the embedded tweet from Xiaomi’s Head of Marketing, Anuj Sharma (@s_anuj), the device is coming first to India before making its way to other global markets. A tweet from the official Redmi India Twitter handle (@RedmiIndia) also seems to confirm that the device will sport a teardrop notch like other Redmi handsets, like the Redmi Note 7 and Note 7 Pro.

Expected to be one of the most affordable devices in the company’s smartphone portfolio this year, the Redmi 8A has already been confirmed to come with a massive 5,000mAh battery with 18W fast charging support. Much of the other tech specs of the upcoming device have also been revealed, thanks to a listing on the website of Chinese electronics certification agency, TENAA.

According to the TENAA listing, the Redmi 8A will feature a 6.26-inch HD+ 2.5D display with a teardrop notch and a 1520 × 720 resolution. It is said to be powered by the Snapdragon 439 SoC, the exact same chip that powers the Redmi 7A. It will apparently be offered in three variants – 2GB+16GB, 3GB+32GB and 4GB+64GB – and will come with a microSD slot that will support cards of up to 512GB in capacity.

Imaging options will apparently include a 12MP+8MP dual-camera setup on the rear and an 8MP selfie-cam up front. It is also expected to run MIUI 10, based on Android 9.0 Pie. Connectivity options are said to include Dual SIM, VoLTE, Wi-Fi 802.11 b/g/n, Bluetooth 5.0, GPS with A-GPS, GLONASS and a micro-USB port.