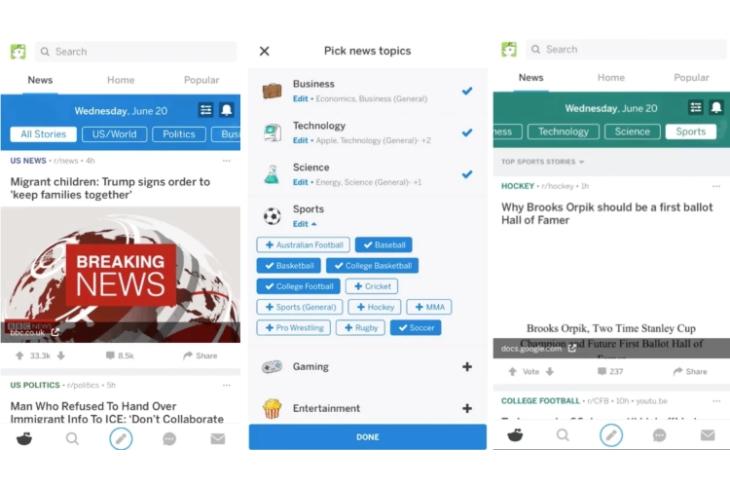 After an initial testing of a news-related feature on an alpha version shipped to some users of its iOS app, Reddit is now rolling out its “news” tab into beta.

Announced in an official post, the team explained that it wanted to give news its own dedicated space on the site which would make it easier for users to find the news without having to hunt around in the right subreddit. “The News tab offers a home for content that the community surfaces from a group of subreddits that frequently share and engage with the news,” the announcement said.

To determine what content actually qualifies as news, Reddit says it identified subreddits that were engaging with news the most, and then made a list of around 1,000 domains from publishers focused on news, from among these subreddits. This list was used to help surface those communities where news was regularly discussed. 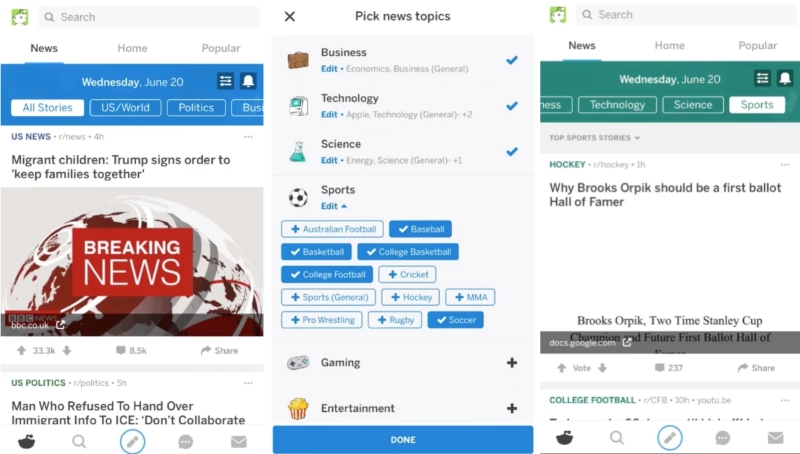 Furthermore, Reddit has also issued an additional set of requirements for the communities featured in the News tab. They must have active moderation, abide by Reddit’s content policies and its guidelines for healthy communities, and the community has to require the post title accurately reflects the article title.

When you open the Reddit iOS app, you’ll find the News section to the left of “Home” and “Popular.” The News tab content is then divided into a handful of common news topics — like politics, science, and sports — with options to customize your News tab by selecting the topics or subtopics that interest you most.

There are a variety of communities to choose from across business, science, sports, gaming, entertainment, tech news, and more. Once you choose your interests, the tab automatically organizes the posts by category, so you can filter the news to your liking. Also, while Reddit is primarily known for breaking news, the News Tab is focused on showcasing the work from news publications.

The feature is still in beta and is currently available only for iOS users.