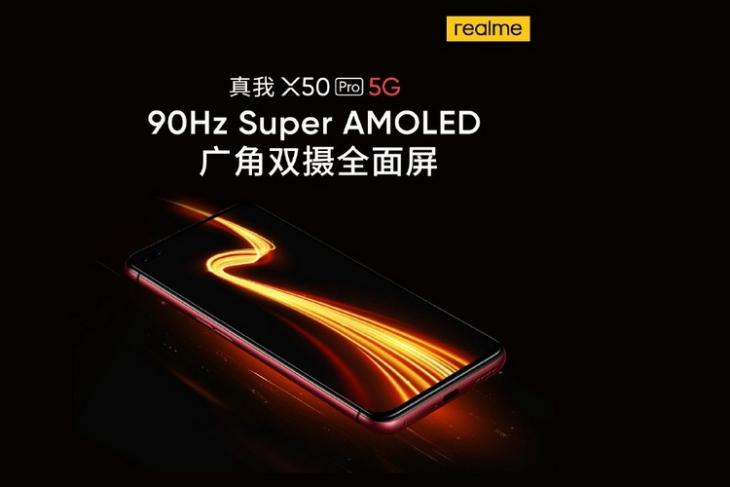 In the lead-up to its official unveil in Madrid, Spain, next week, the Realme X50 Pro 5G is being teased incessantly by the company on social media, revealing some of its key hardware specs and software features. Now, the latest teaser posted on Weibo by the company’s vice-president, Xu Qi Chase, has revealed that the Realme X50 Pro 5G will feature a Samsung Super AMOLED display with a 90Hz refresh rate and E3 light-emitting material.

While the latest teaser didn’t reveal any other relevant info, earlier social media posts by the company have revealed some of other key aspects of the upcoming device. According to a tweet from Realme Europe last week, the phone will ship with 65W SuperDart Charging, which is an upgrade over Oppo’s 50W Super VOOC charging found in the Realme X2 Pro. The company is keeping the rest of the tech specs under wraps for now, but we will hopefully know more in the days leading up to the launch.

In case you don’t know it already, the launch of the Realme X50 Pro was one of the many events affected by the novel coronavirus outbreak. Realme was originally expected to unveil the device at the MWC 2020 in Barcelona later this month, but following the cancellation of the event because of health concerns, the company has shifted the launch to Madrid. It would still be held on February 24th, but will only be an online event with the presence of very few media personnel, if any.