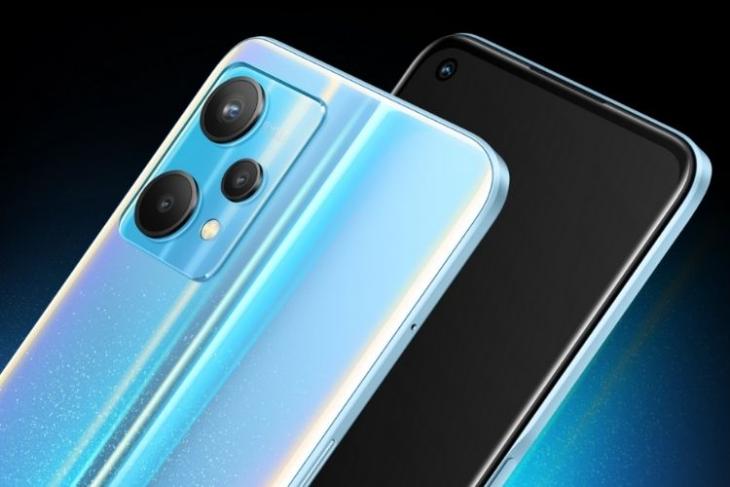 Realme has introduced a new smartphone as part of its V series, the Realme V25, in China. It is a rebranded version of the Realme 9 Pro, which launched in India recently, and comes with a 120Hz display, a Snapdragon chipset, 5G support, and more.

The Realme V25, apart from sharing a number of specs and features, looks similar to the Realme 9 Pro. The phone gets a vertically-placed rectangular camera module with two big and one small camera housing. It has a photochromic layer at the back for the color-shift texture, which looks cool. The front has a punch-hole cutout at the top left corner.

The Realme V25 has a 6.6-inch Full HD+ IPS LCD display with a 120Hz refresh rate and is powered by a Snapdragon 695 chipset, which is the first for a Realme smartphone in China. It has a single variant that comes with 12GB of RAM and 256GB of storage, unlike the multiple RAM+storage configurations of the Realme 9 Pro in India. Much like the 9 Pro, it also supports Dynamic RAM Expansion (DRE) to offer a total of up to 19GB of RAM.

There are 3 cameras at the back, including a 64MP main snapper, a 2MP macro camera, and a 2MP B&W lens. Here is another difference between the Realme V25 and the 9 Pro, as the latter has an 8MP ultra-wide lens in place of the depth sensor. The 16MP front camera is the same for both devices. The V25 supports a number of camera features such as Portrait mode, Night mode, and loads more.

The Realme V25 sources its fuel from a 5,000mAh battery with support for 33W fast charging and runs Realme UI 3.0 based on Android 12. Additionally, the phone supports 5G, a 3.5mm audio jack, Hi-res audio, and more.