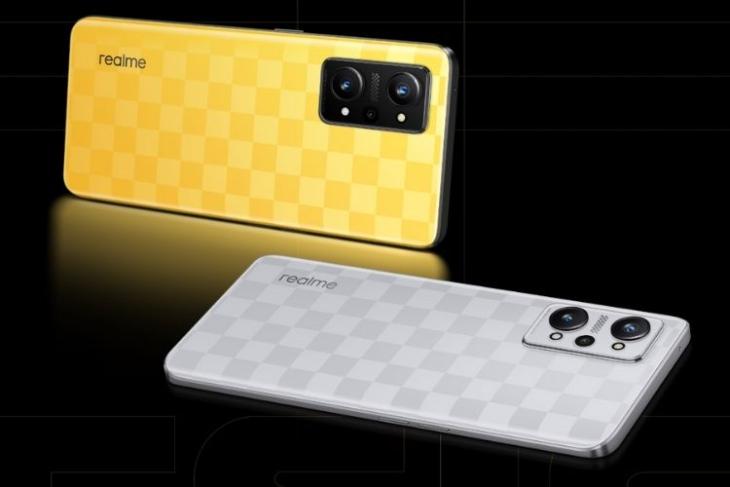 Yesterday, Realme announced the Realme Q5i in China, and today, the company has launched the Q5 series in its home market, including the Realme Q5 Pro and the standard Q5. The devices come with Snapdragon processors, expandable RAM (5GB of extra RAM), support for up to 80W fast charging, and more. Check out the details below.

Starting with the Realme Q5 Pro, it comes with a Realme GT 2-esque design for the rear camera module, which includes a 64MP primary lens, an 8MP ultrawide lens, and a 2MP macro sensor. There is also a 16MP punch-hole selfie camera at the top left corner of the 6.62-inch AMOLED display. The panel supports a 120Hz refresh rate and also has a fingerprint scanner underneath.

Under the hood, the Realme Q5 Pro packs the Snapdragon 870 chipset, paired with up to 8GB of RAM and up to 256GB of storage. There is also a 5,000mAh battery, which supports the company’s 80W fast charging technology, onboard.

The device runs the Android 12-based Realme UI 3.0 out of the box. Additionally, it comes with a cooling system, Dolby Atmos support, and more.

The vanilla Realme Q5 comes as a toned-down version of its elder sibling and a souped-up version of the Realme Q5i. It sports a Realme 9-like design and features a 6.6-inch LCD screen with support for a 120Hz refresh rate.

Much like the Q5 Pro, there is a 16MP punch-hole front camera at the top left corner. At the back, however, there is a triple-camera setup, including a 50MP primary lens and a couple of 2MP sensors for macro and portrait shots.

The Realme Q5 packs the Snapdragon 695 SoC inside, paired with up to 8GB of RAM and up to 256GB of internal storage. There is also a 5,000mAh battery with support for 60W fast charging and a side-mounted fingerprint sensor here. Realme Q5 also runs Realme UI 3.0 based on Android 12 out of the box and comes in three colors – Black, Gold, and Silver. You can check out the prices of the different storage variants below.

As for the availability, the Realme Q5 Pro and Realme Q5 will be available to buy on April 27. Currently, the devices are up for pre-orders on Realme’s official website in China. There’s no word on their availability in other regions.