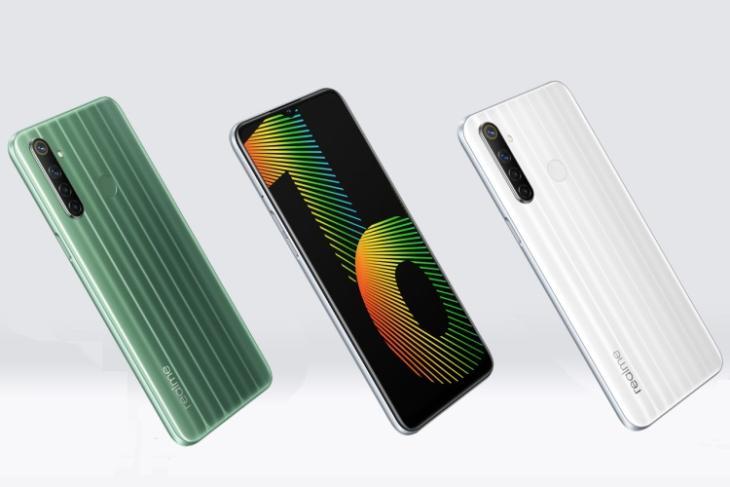 Realme launched a new budget-centric sub-brand Narzo in May earlier this year. The company took the wraps off Narzo 10A and Narzo 10 as the first devices in this lineup. Merely three months have gone by and the rumor mill now suggests that Realme has already started gearing up to launch a Narzo 10 successor.

According to reliable tipster Mukul Sharma, aka stufflistings, the Chinese giant will follow up the upcoming Realme 7 series with the Narzo 20. Yeah, Narzo 20 will help expand the company’s sub-brand to provide users even more options in the sub-Rs. 15,000 price segment.

So the Realme 7 series is coming up, but I've heard that a Narzo device is also in the works and it could likely be dubbed the Realme Narzo 20. Expected to launch soon, maybe in September itself. #realme #realmenarzo20

Narzo 20 is expected to make its India debut in September itself, as you can see in the tweet attached above. Not much else is known about this smartphone but it could come equipped with a budget MediaTek chipset. There’s nothing known about the Narzo 20 just yet but it will be interesting to see the hardware upgrades it brings in tow.

Realme is first planning to debut the Realme 7 and 7 Pro in early September, as per the rumors. CEO Madhav Sheth has already started teasing these ‘faster’ devices. They are expected to feature a high refresh rate display, the unannounced Snapdragon 732G chipset, and of course, multi-camera setups to attract users.

The Chinese giant is on a smartphone launching spree at the moment. It has already unveiled the Narzo 10 series, Realme C11, C12, C15, Realme 6i, and other ecosystem IoT products over the past three months. We will keep you posted on Narzo 20 details, so don’t forget to circle back for more information.