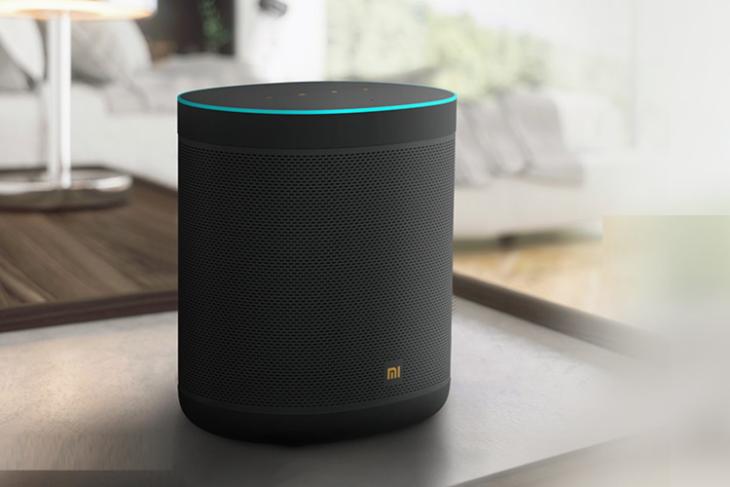 Finally, the day we have all been waiting for years is here. Xiaomi has now launched its first-ever smart speaker in India today. The company took the wraps off the Mi Smart Speaker at its ‘Smarter Living’ IoT event. It is a rebranded version of the Mi Art Smart Speaker in China, backed by Google Assistant instead of Xiao AI for global markets.

Starting off, the Mi Smart Speaker has been launched to fill the void between Google Home Mini/ Echo Dot and Google Home/ Echo in India. It weighs 850-grams and is bigger than the Google Home, with an immense focus on sound quality. The speaker includes a metallic casing that’s just 0.7mm thin and features 10,531 holes to let 100% of the sound out. It will, however, prevent a lot of dust from getting into the speaker, which may affect sound quality down the road.

The #MiSmartSpeaker has been designed with a massive front-firing 12W 63.5mm driver.

What’s special about that?

Hit ♥️ if you're excited to get your hands on it. #SmarterLiving2021 pic.twitter.com/MSUxEl8Kuz

Mi Smart Speaker includes a huge 2.5-inch speaker with a 63.5mm driver and 12W output. Xiaomi believes you will get a louder and fuller experience, with accentuated vocals with its smart speaker. Since sound quality is the prime focus, the company has integrated a Hi-Fi audio processor aboard this speaker. It also supports the DTS audio codec, which is great.

Talking about the smarts, Mi Smart Speaker is backed by Google Assistant and comes with Chromecast built-in. This means you can not only query the assistant about news and weather updates but also cast your favorite songs via Spotify or Apple Music. Mi Smart Speaker sports two far-field recognition mics up-top, along with capacitive touch keys for volume control, play/ pause, and muting the microphone.

Powered by Google Assistant, the #MiSmartSpeaker is the intelligent companion you deserve going into #SmarterLiving2021.

A key highlight of this smart speaker has to be the voice recognition light ring at the top. It runs around the top and can display 16 million colors. Also, the Mi Smart Speaker supports dual-band Wi-Fi and Bluetooth 4.2 for connectivity. Xiaomi even boasts that you can pair two of these speakers for a stereo sound experience.

The Mi Smart Speaker has been priced at Rs. 3,999 in India and will go on sale starting from October 1, exclusively on Mi.com and Amazon India. It will, however, be available at an introductory price of Rs. 3,499 in India. While the Chinese variant comes in a white variant, the company is launching only a black variant in India.