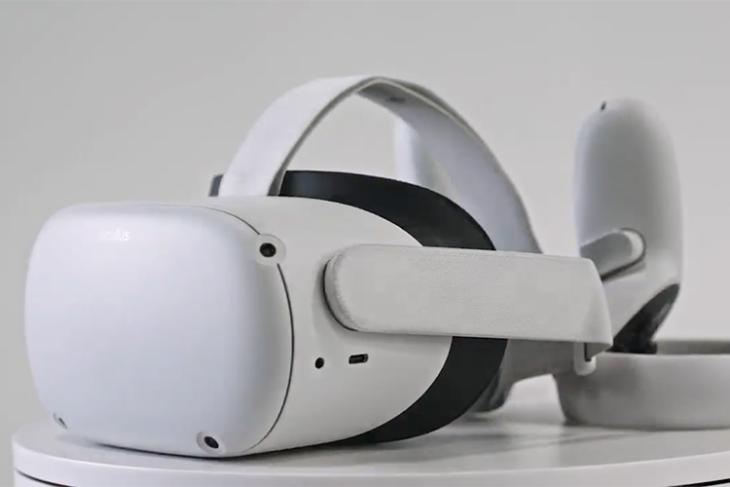 After leaking it on its own website a few days back, Facebook has finally officially announced its new standalone VR headset called the Oculus Quest 2.

The headset comes with improved design and ergonomics, is thinner than its predecessor, and also lighter. Moreover, Facebook is using soft-touch fabric to ensure that the headset is more comfortable to use.

Under the hood, the new headset uses Qualcomm’s latest XR2 chipset aimed at VR headsets. That’s a big improvement over the Snapdragon 835 employed in the previous generation Oculus Quest. Plus, you get 6GB RAM, and more storage on the Quest 2. This means you will not only be able to run more intensive games in standalone mode, but also install more apps and games on the headset without worrying about running out of storage.

Oculus has also redesigned the controllers to be more ergonomic, and the headset supports hand tracking. So, for certain games you can actually put down the controllers and play even more naturally.

Lastly, the price. When we covered the Quest 2 leak, I wondered if Facebook will be able to bring the price down this time and it turns out it did. The Oculus Quest 2 starts at $299. It’s available to pre-order today, and will begin shipping from October 13.