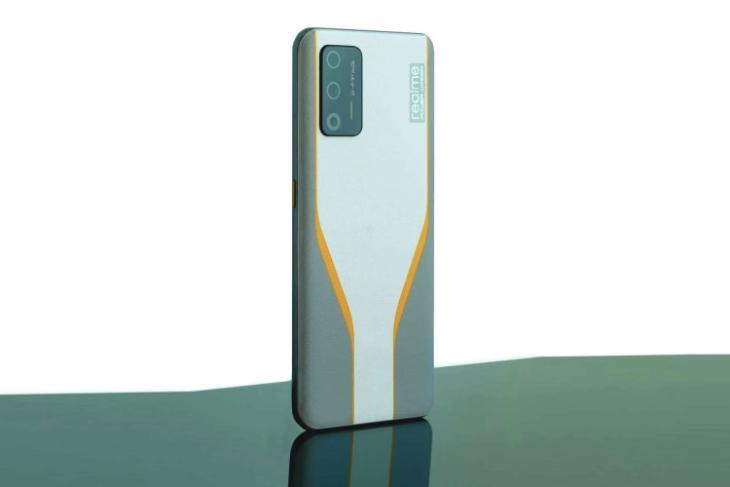 After a flood of teasers and leaks, Realme is finally ready to take the wraps off its first-ever flagship smartphone for 2021. Powered by Qualcomm’s Snapdragon 888 chipset, Realme GT 5G will be unveiled on 4th March in China. The device is codenamed Race and will bring along a myriad of powerful upgrades on the display and charging front.

The Chinese giant took to Weibo earlier this morning to announce the launch date. You can see the teaser poster for the Realme GT 5G attached below. It does not reveal much of anything about the upcoming flagship. You, however, have three tiny icons at the bottom left of the poster. They represent the three key new features – Snapdragon 888, possible 160Hz AMOLED display, and 125W charging. 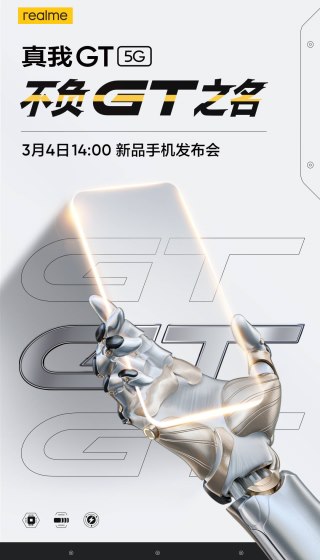 The GT moniker comes from premium GT sports cars, whose speed and trendy design the company’s new lineup will try to imbibe. It will compete against the likes of Mi 11, iQOO 7, and the Samsung Galaxy S21 series in the flagship segment.

“Realme GT will be the high-performance flagship in the product portfolio and will bring sustained speedy performance and trendsetting design to young users around the world,” as per the official press release. We can expect the smartphone to make its global debut soon after its unveiling in China. Will it come to Europe or India first still remains unknown.

Moving on, let’s take a quick look at the rumored or leaked specifications of Realme GT 5G right here:

The smartphone was recently spotted in a TENAA, as well as BIS listing. Realme GT 5G carries the model number RMX2202 and features the same rear design (shown in the header image) as the one officially shared by the company. It has a rectangular camera system at the top left. You have the Realme and GT logos at the bottom edge. 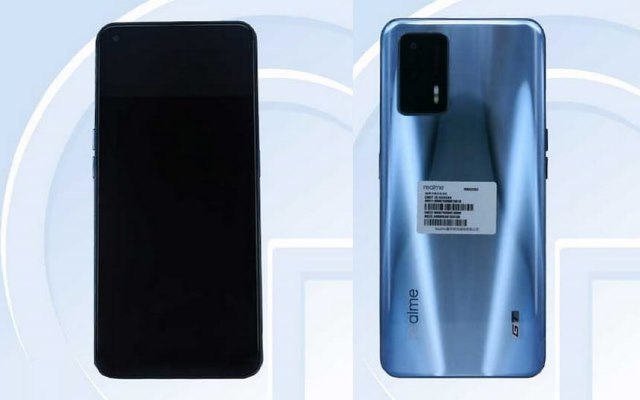 Now, the rumor mill suggests that Realme GT 5G will feature a 6.8-inch Full-HD+ AMOLED panel with a 20:9 aspect ratio and 160Hz refresh rate. We already know Snapdragon 888 will power this device. You will also find up to 12GB of RAM and up to 512GB of built-in storage.

The leaks also point to a 5,000mAh battery pack with 125W fast-charging support onboard. As for the rear camera setup, there is not much known at the moment. The selfie camera will, however, sit inside a punch-hole cutout at the top left.

Moreover, reputable tipster Digital Chat Station has revealed that Realme GT 5G will arrive in two variants – glass (leaked certification listing image) and plain leather (header image, shared by the company). Thus, we know what both the variants look like. There is no word on the pricing and availability details at the moment. So, stay tuned for more information.