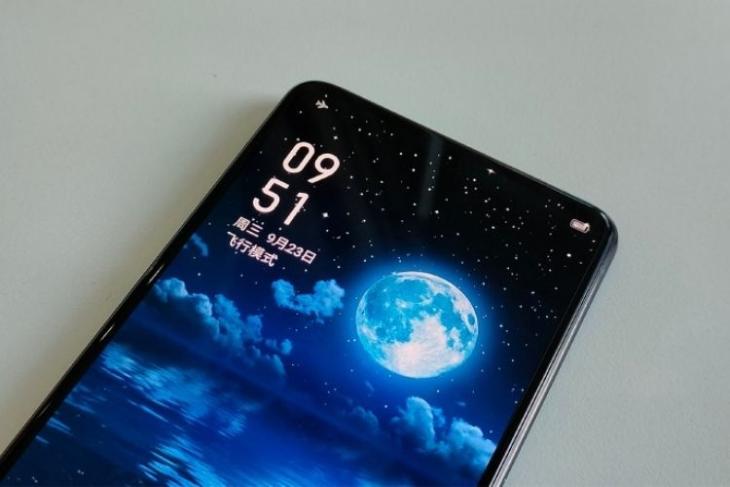 The next step after notches and punch-holes in the journey to provide an unintrusive viewing experience is not pop-up cameras. Phone makers have already experimented with pop-up cameras but the answer is under-display selfie cameras. ZTE Axon 20 5G arrived as the first phone with an under-display selfie camera. And today, Realme has teased its own smartphone with this technology in tow.

Realme VP Xu Qi Chase took to Weibo earlier this morning to share the image of the company’s phone with an under-display selfie camera. We do not see any notches or punch-holes in the image above. So, you may think, what if this phone has a pop-up camera? There’s no way to tell from this angle anyway.

Well, in the comments of the original post, Chase confirmed that there’s no pop-up camera aboard the smartphone pictured above. This only points to one conclusion, i.e Realme is also testing its own in-display camera technology and we can expect it to be baked into one of its upcoming flagships.

In addition, Realme India CEO Madhav Sheth in a recent interview confirmed that it’s highly unlikely that the company will launch a new phone with a pop-up camera. The Realme X, it seems, will remain a one-of-a-kind offering from the company. We could see more punch-hole, 5G-enabled, and high refresh rate phones in the coming months.

Chase did not reveal anything else about this smartphone and the new under-display camera technology. We will, however, keep our eyes peeled as he does talk about the possibility of sharing a selfie clicked from this smartphone in the comments. If he does post the selfie, we will make sure to bring you the first look.

Oppo and Xiaomi have already shown off their own under-display camera prototypes earlier last year. We can expect to see more such full-screen notch-less phones in the coming months.