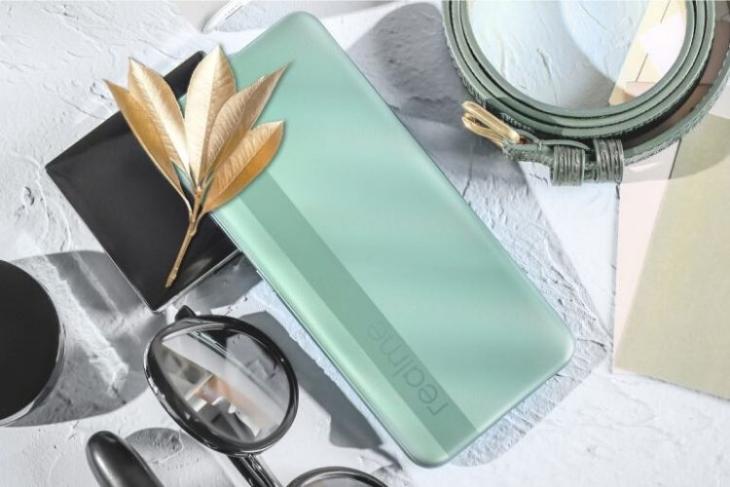 Realme has been quick in adopting the latest gaming-centric chipsets from MediaTek. Be it the Helio G70 that powers the Realme C3 or Helio G80 that powers the Narzo 10, Realme has brought you a lot of firsts over this year. And it does not plan on stopping anytime soon.

The Chinese giant has started teasing the launch of yet another entry-level phone, this time powered by the unannounced MediaTek Helio G35 chipset. Realme has shared a teaser poster for the same on the official Facebook page for its Malaysian arm, where the device would make its debut. It will then launch around the globe, including India, most likely under the Narzo series.

The rumor mill suggests that it’s the Realme C11 that will arrive with Helio G35 chipset in tow. The render of the device’s rear panel was shared along with the media invite, as reported by Malay publication Vocket. You can see the textured back, along with a darker color stripe running along the camera module. The mint color and design look quite slick in the render shown in the header image.

Realme C11 first appeared online with model number RMX2185 on Indonesia’s TKDN certification portal. No leaks for the specifications of this device have appeared online. However, if we were to guess, the device will include an HD+ display, no fingerprint scanner, a massive battery (close to 5,000mAh), dual-camera setup, and more. It will arrive as a younger sibling to Realme C3, priced at around Rs. 6,999 in India.

Apart from Realme, its arch-nemesis is also rumored to be gearing up to launch the Redmi 9C powered by the MediaTek Helio G35 very soon. A report also suggests that Micromax will re-enter the smartphone market in August, with devices powered by Helio G35 and Helio G25 chipsets.