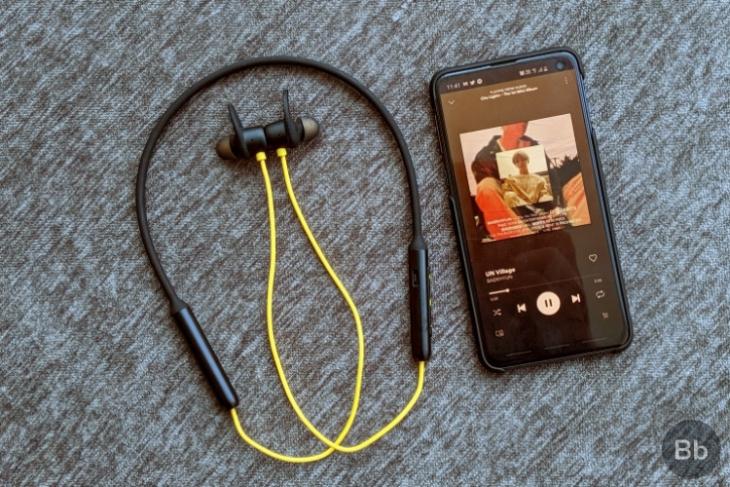 Realme launched the Realme Buds Wireless at Rs. 1,799 in India last September and now, a Pro version of the wireless earphones has been spotted on National Communications Commission (NCC), Taiwan.

The images show a small hole near the USB-C port, which might be to enclose the charging port with a flap to avoid water or unwanted dust particles from entering the port when not in use.

The company appears to have retained the magnetic clamping mechanism seen on the Realme Buds Wireless. While the older Realme Buds Wireless pauses the music when it is clamped magnetically, it doesn’t continue playback when you put them back in your ears. Seeing that feature here would be a neat addition.

Judging by the ‘Pro’ moniker, we could expect better sound quality and battery life on these earphones. For reference, Realme promises 12 hours of playback time and a 10-minute fast charging for 100 minutes of playback on its predecessor. However, the presence of Active Noise Cancelation seems highly unlikely, unless Realme really wants to surprise everyone to justify the Pro branding.

Other specifications regarding the Realme Buds Wireless Pro are under wraps for now. Once the company gets ready for launch, we should be seeing a plethora of teasers on Realme’s social media handles.