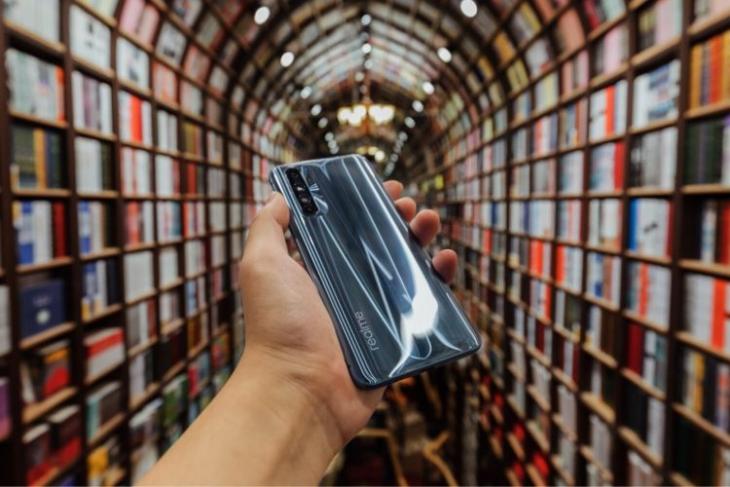 Realme started teasing the launch of a gaming-centric smartphone earlier this week. Now, the Chinese giant has given us a sneak peek at this upcoming smartphone and confirmed that it will launch on May 25. But it’s not the only product launching that day. Realme teases that a total of eight products will make their debut at the launch event later this month.

Realme took to its official Weibo account to reveal the launch date, sharing a couple of teaser posters. One reads ‘Dare to Play’ and shows off a new smartphone, true wireless earbuds, and a power bank. The other poster shows off the upcoming smartphone but we’ve already gotten a close look at it, thanks to Realme China CMO Xu Qi Chase. The image above is of this very smartphone. 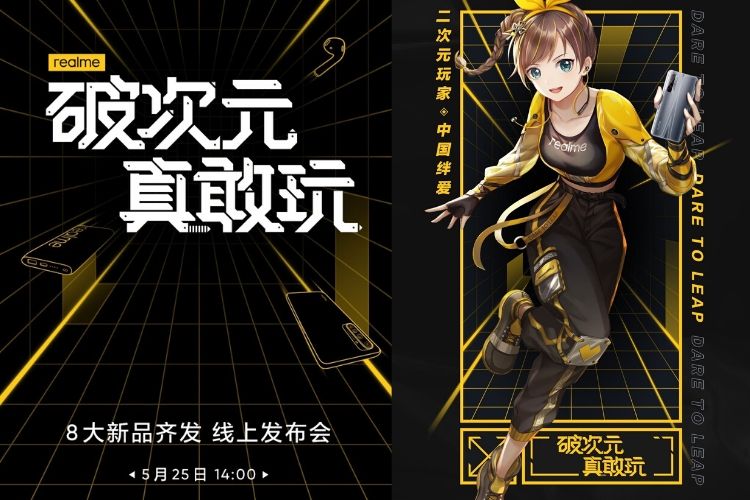 This smartphone is codenamed ‘Blade Runner’ and includes a shiny grey gradient back panel. The quad-camera module looks similar to the Oppo Reno 3 Pro that launched in India earlier this year. It could be the mid-range Realme X3 or flagship X3 SuperZoom that’s expected to make its debut soon. However, there’s currently no way to confirm the same.

Realme X3 SuperZoom, along with Realme X3 and Realme TV, was recently spotted on Realme India’s official website. This smartphone is rumored to be powered by last year’s Snapdragon 855 Plus chipset and offer 60x digital zoom, revamped Night Mode, and more. The device will also feature a 4,200mAh battery and 30W fast-charging, as per leaks.

Announcing realme's next leap in camera technology with 60x Zoom & Starry Mode on #realmeX3. I urge you to take the #realmeSuperZoom challenge and try clicking a better pic than this with your smartphone.
RT and reply using #realmeX3. pic.twitter.com/9SidiG6QKg

Apart from the rumored Realme X3 series, the company could also unveil its first-ever smartwatch, smart speaker, car charger, and more at the event. The teaser poster only shows off the power bank and TWS earbuds but the rest of the products were shown off in a teaser video earlier this year.

It would be great if Realme TV is shown off as well ahead of its impending India unveil. The company will start sharing new teaser posters, revealing the internals and features, of the device in the days leading up to the launch. So, stay tuned for more information.