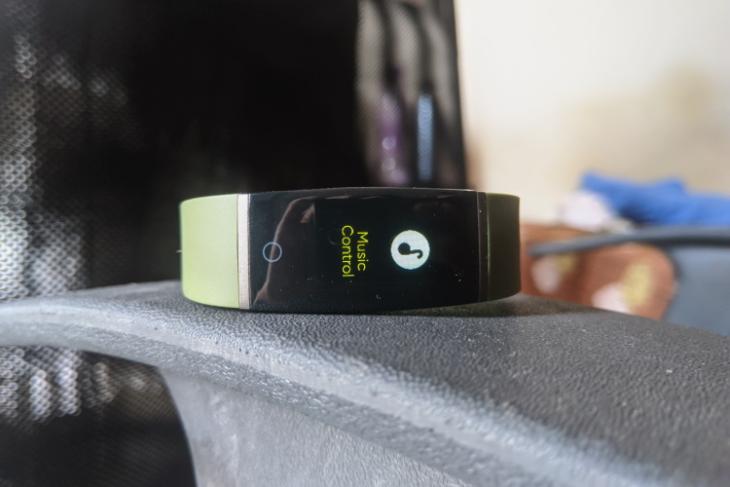 Realme debuted its first fitness tracker, the Realme Band, back in March this year. The company has since launched an ‘Enhanced’ variant with increased brightness and also worked towards perking up the feature set. The Realme Band has received an update earlier this week, which brings music controls and a stopwatch to your wrist. 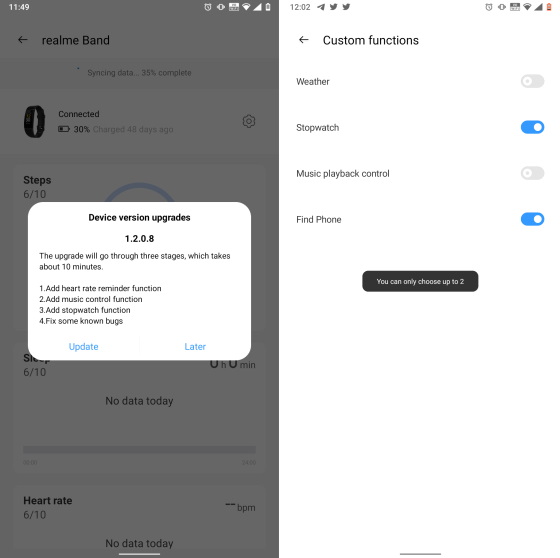 This means if you want music controls on the band, which I believe you do, you will have to switch out either Find Phone or weather updates. The same will apply to the stopwatch. If you enable both the music controls and stopwatch then you don’t have access to Find Phone and weather on the Realme Band.

As for how the music controls look and work, the function key lets you cycle between the play/ pause, next track, previous track, and close buttons. You can long-press the function key to perform any of these functions. It does not show the name of the currently playing track. It’s a bit clunky but, it should do the trick. 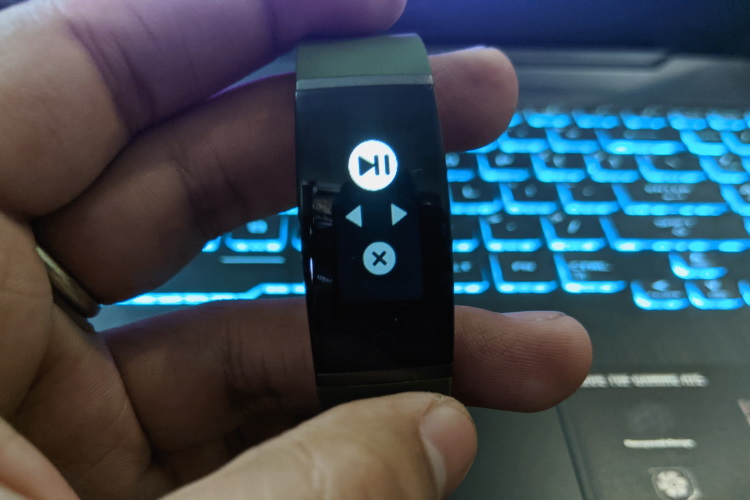 Apart from the music controls, you can see that a stopwatch is now also available on your wrist. Realme Band also gets heart rate alerts to tell you if your heart rate is too high or low, which is great. This feature is also disabled by default and you’ll need to set the BPM (beats per minute) for the alerts.

The Realme band got the Find Phone and weather update feature via a recent update. So yeah, it’s nice to see the company take user feedback into account to add new features that bolster the experience of its fitness tracker.