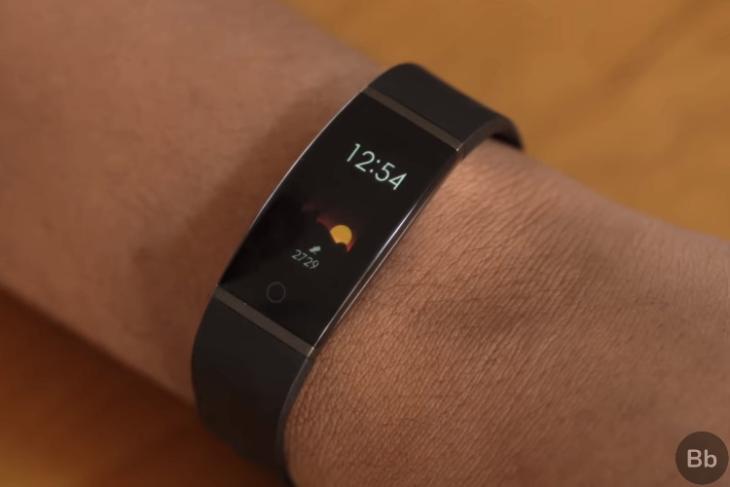 Realme’s first-ever fitness tracker, the Realme Band, arrived earlier last month with a color LCD display, heart rate sensor, and a lot more. The company has been pushing update patches for the band since launch. And now, the latest update (v6.0) brings along two new features and a myriad of optimizations.

As seen in the screenshot below, Realme Band now has an optimized UI (yeah, even the font seems to have been updated) and improved heart rate measurement accuracy. The data synchronization speed has certainly been optimized. It’s much speedier than before. Also, you can now view messages for a longer duration. There still isn’t a dedication notification center but it’s okay. 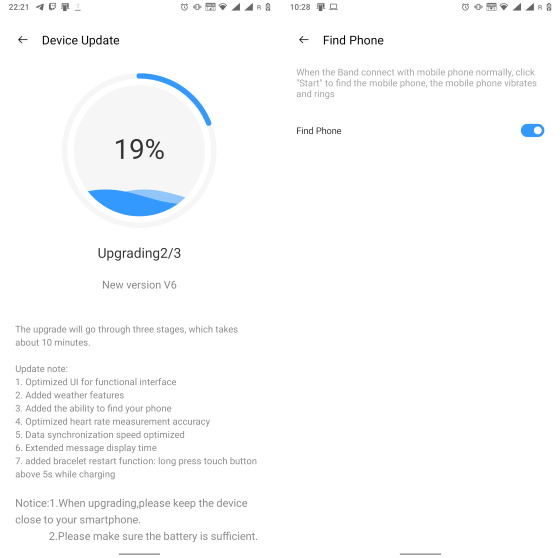 The ‘Find Phone’ feature is not enabled by default. You will need to toggle the button, shown above, to see the feature on your Realme Band. You can then cycle through the screen and long-press the band’s capacitive button when you reach Find Phone. You will see your smartphone ring and vibrate when you do so.

Toggling on the weather setting does not add a dedicated ‘weather’ screen. The patch notes suggest that “users need to tap the capacitive button for 7 times and long-press the button to see the highs and lows of the next two days.” But, tapping the capacitive button 7 times shows me the ‘About’ page instead of ‘Weather’ on my Realme Band. I don’t know what’s wrong here. I haven’t received any weather updates.

If you own a Realme Band, simply open the Realme Link app and jump into the band’s settings. A pop-up notification suggesting you have a new update should then show up.