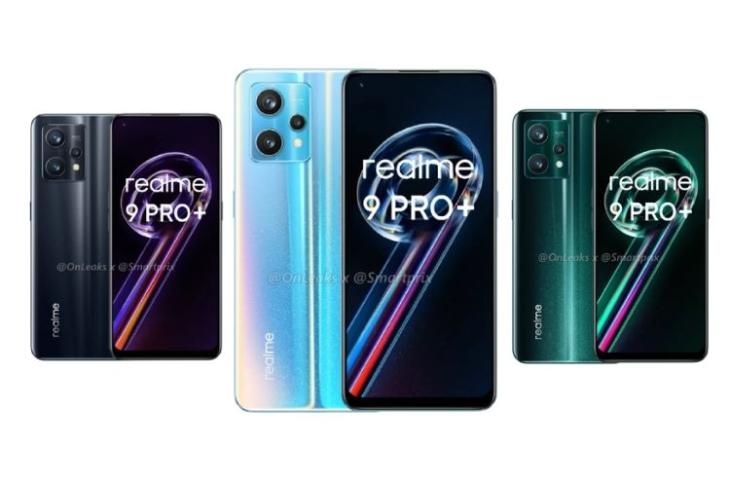 After launching the budget-focused Realme 9i with Snapdragon 680 SoC in the global market and in India earlier this month, Realme has shared a few details about its upcoming Realme 9 Pro+ smartphone today. In an official press release, the Chinese giant confirmed that its next-gen Realme 9 Pro series will be an all-5G product, with the 9 Pro+ being one of the first smartphones to feature the MediaTek Dimensity 920 5G chipset.

According to the press release, the Realme 9 Pro series will bring the company’s first device with the “Pro+” moniker. It will be one of the world’s first smartphones to feature the MediaTek Dimensity 920 5G SoC, which was announced back in August 2021.

The Dimensity 920 5G is an octa-core processor built using the 6nm architecture. It features the latest Cortex-A78 cores clocked at 2.5GHz along with an integrated Mali-G68 GPU. Furthermore, the chipset supports up to LPDDR5 RAM, dual 5G networks, dual VONR, and Wi-Fi 6 technologies.

Coming to the key specs and features of the Realme 9 Pro series, there is not much known as of now. However, we recently saw reputable tipster Steve H. McFly, aka OnLeaks, collaborate with Smartprix to reveal some high-quality renders of the Realme 9 Pro and the 9 Pro+.

So, according to the report, the Realme 9 Pro+ will come in three color variants – Midnight Black, Sunrise Blue, and Aurora Green. You can check out the renders of the device right below. As for the lower-end Realme 9 Pro, the company will reportedly release it in the same color variants as its elder sibling.

As for the specs are concerned, the Realme 9 Pro and the 9 Pro+ will both come with support for 5G networks. As per rumors, the Realme 9 Pro will come with a 6.59-inch display with support for a 120Hz refresh rate and an in-display fingerprint sensor. The 9 Pro+, on the other hand, is expected to come with a 6.43-inch Full HD+ AMOLED display with a 90Hz refresh rate.

The Realme 9 Pro is rumored to be backed by a 5,000mAh battery, while the 9 Pro+ will reportedly come with a smaller 4,500mAh battery. Other than these, there is not much known about the devices as of now. However, we expect Realme to reveal more information about them in the coming days, as we near the official launch. So yeah, stay tuned for further updates.