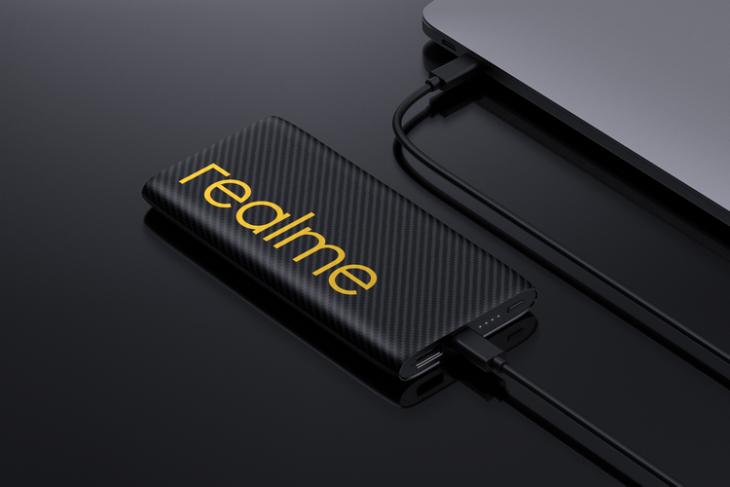 Realme will launch a 10,000mAh power bank with 30W Dart Charge support in India tomorrow. The device, which was originally unveiled in China back in May, features a two-way fast charging option. It is already listed on the company’s India website, although, its pricing is yet to be announced. However, it is available for 199 yuan in China, which translates to around Rs. 2,000 here in India.

The Realme 30W Dart Power Bank comes with a carbon-fiber body and is offered in black and yellow color options in China. It supports multiple fast-charging solutions, including Dart, VOOC, QC and more. It also comes with a ‘low-current mode’ to charge Bluetooth devices, such as TWS earbuds, speakers, etc. The power bank can charge two devices simultaneously through a USB Type-C and a USB Type-A port.

It’s been long awaited & here it is!

It is worth noting that Realme already sells power banks in India, but at much lower price-points. Launched earlier this year, the Realme 10,000mAh Power Bank 2 comes with 18W 2-way fast-charging and is priced at Rs. 999 a pop. Like the 30W power bank, it is also available in black and yellow color options. It was launched alongside the Realme TV and Watch back in May.

The main event tomorrow will be the launch of Realme’s next entry-level smartphone, the C11. It was unveiled in Malaysia late last month, and is the first smartphone to be powered by the MediaTek Helio G35. It is priced at 429 Ringgit (~Rs. 7,500) in the southeast Asian country, so it will be interesting to see how it will be priced here in India.