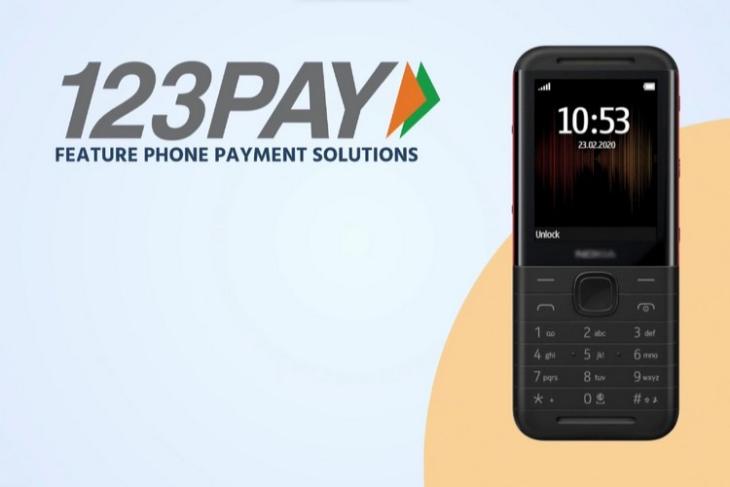 The Reserve Bank of India (RBI) today launched a new service to bring the security and reliability of UPI payments to 40 crores Indians. Dubbed as 123Pay UPI, the service enables users to make UPI payments on their feature phones. You don’t need a smartphone to set the UPI PIN or an active internet connection to make payments. This aims to boost the Digital India movement and help out underprivileged citizens who could not access the UPI system in the country before. Check out the details below to learn more about the 123Pay service in India.

123Pay was recently announced in an official launch event. RBI Governor Shaktikanta Das cited the advantages and the rising usage of UPI payments and stated how it is exclusive to smartphone users. According to estimates, around 40 crore Indians possess feature phones like those from Nokia and Dizo. And they could not use the UPI payment system to send or receive money until today.

The 123Pay UPI service aims to change that and bring a simple way for feature phone users to access UPI-related services like money transfer, gas refill, fast tag rechargers, and others. The RBI created a server-side common library to support the service and allow feature phones to use the UPI system without the internet. Furthermore, the service is available in various regional languages to cater to citizens in every part of the country.

During the event, the RBI shared a demo video of the 123Pay UPI service to show how it will work for feature phone users. It is a three-step process, hence the name “123Pay”, to allow users to send or receive money directly from/ in their bank accounts. However, before using the service, feature phone users must link their mobile number to their desired bank accounts and set a unique UPI PIN using their debit card information.

Once the mobile number and the bank account are linked, users can dial the IVR number ‘080 4516 3666’ and choose from a variety of UPI-related payment services on their feature phones. These include money transfer, LPG gas refill, FastTag recharge, mobile recharge, EMI repayment, and balance check.

Using the money transfer feature, they can pay other UPI users by choosing their UPI-linked phone number from their contacts, entering the amount, and providing the PIN. The users can also make app-based and NFC-based UPI payments with supported devices or use the “missed call payment” feature in retail shops to easily make UPI payments.

Other than the 123Pay UPI service for feature phones, RBI also launched a 24*7 helpline platform for UPI-related queries and information. Dubbed “Digisaathi”, the helpline platform aims to be a one-stop solution for users with digital payment-related issues and queries.

With these initiatives, RBI aims to boost digital payments in India and help underprivileged citizens to learn more about the advantages of the UPI system. We will be testing out the UPI payments feature on a feature phone soon. So stay tuned to know how it actually works, and let us know your thoughts on the 123Pay service in the comments below in the meantime.

RTI Reveals RBI Did No Research To Back Cryptocurrency Ban