Recently, Razer announced the updates to some of its products. Razer has brought an upgrade to the Razer Blade Stealth, switching to the quad-core 8th-gen Intel processors. While that’s a welcome change, the highlight of the announcement was the launch of the Razer Core V2. While the original Razer Core was a great eGPU solution and even earned itself the top spot on our list of best eGPUs, it did have its own problems. Thankfully though, the company has paid heed to the community’s problems and has responded with an upgrade to its external graphics dock. So, if you’re wondering what all is new with the V2, read on, as we bring to you our quick comparison of the Razer Core V2 vs the Razer Core:

As you can see, nothing much has changed. The newer upgrades are some under-the-hood tweaks that we’ll be addressing later on.

What is Razer Core and What Can It Do?

Most professional laptops or ultrabooks come with fast processors and memory but lack the benefits of a good graphics card. As such, while these systems prove to be great for productive work, they are not suitable for gaming. That’s where an eGPU steps in. The Razer Core is an external graphics dock developed by Razer Inc. An eGPU, the Core can house any desktop-grade graphics card. This can then be connected to your laptop to provide a graphics overhaul, thus allowing you to game on your professional laptop. 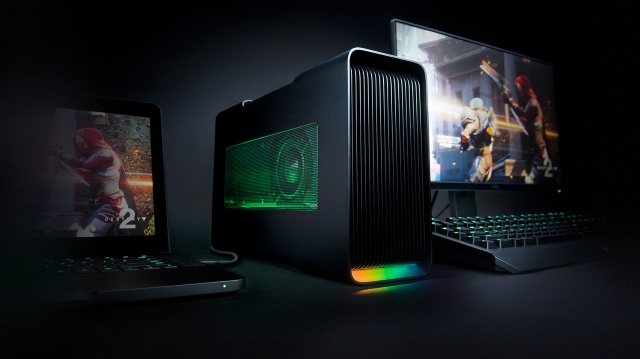 The Core is powered by the superfast Thunderbolt 3 port, that allows for a bandwidth of 40 Gbps. The Core in itself is a plug-and-play device, which instantly provides your laptop with a massive boost in the graphics department. It comes with Razer’s signature Chroma lighting in 2 zones and comes with the ability to charge your laptop while powering the graphics front. Furthermore, the Core also has 4 extra USB ports that can be used to hook up your peripherals.

While the original Razer Core was a great device, it did come with its own set of issues. Firstly, the device was mostly compatible with Razer’s own laptops only, namely the Razer Blade and the Razer Blade Stealth. Also, the extra USB ports on the Core weren’t that reliable. As such, Razer has looked into the matter and brought about a few changes to the overall design and technicalities.

As mentioned above, one of the major issues with the Core was the fact that the additional USB ports were rather unreliable. Users encountered speed drops and malfunctioned devices. This was mainly because the device was utilizing a single TI82 controller, that controlled both the eGPU channel as well as the I/O ports. Now, with the Razer Core V2, Razer has provided a dual Thunderbolt 3 controller. This is done in order to ensure that the GPU and the extra USB ports have their own dedicated PCI-Express lanes. This directly translates into a more consistent bandwidth and lesser USB connection drops. 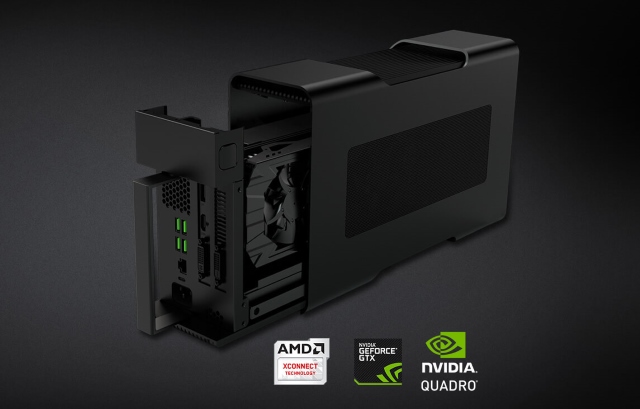 Many users previously reported that while the Core was a great eGPU solution, it didn’t work very well with non-Razer laptop systems. The company has looked into the matter and promises that the Core will now work with any laptop that follows the Thunderbolt 3 external graphics standard. While Razer still hopes that you’d buy their own laptops, it is nice to see the dock officially support a larger number of devices.

Let’s be honest, if you’re shelling out $500 on an eGPU dock, you’d wanna make sure that it lasts you for the next few years. While the original Razer Core had support for any GPU that followed the PCIe standard, the Core V2 takes things a step further. The new Razer Core V2 is now roughly half an inch taller from the inside. This makes space to accommodate oversized graphics cards that don’t meet the PCIe standard. It can now house GPUs with dimensions of 11.81 x 1.69 x 5.71 inches (l x b x h). The following is the list of GPUs that the company states are found to be working with the Razer Core.

That being said, Razer also promises extended support for all future cards and guarantees compatibility with the Razer Core V2. 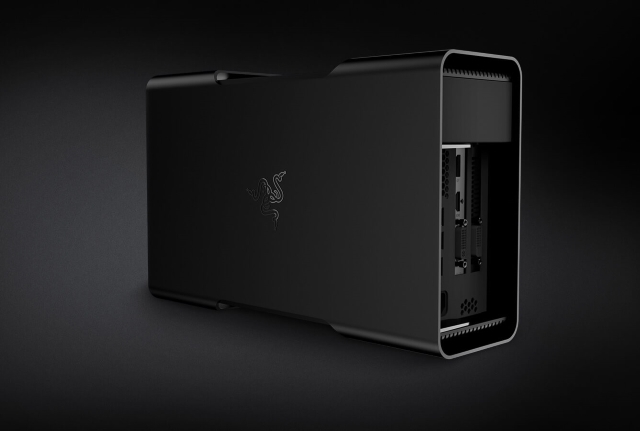 Another new feature added to the Razer Core V2 is the special new GPU release lever. Earlier, if you had to take out the GPU from the Core, you had to use your fingers to plug it out or take the help of small tools. Now, with the Razer Core V2, there’s a special new GPU release lever near the power supply. You can simply use the lever to take out the GPU and swap it with another one. While not a major change, it is definitely a welcome change that makes things more convenient.

The Razer Core V2 is currently available for $499.99 and is expected to start shipping soon. The price is rather unchanged, considering the original Razer Core also retailed for the same price tag. With the number of changes and enhanced performance, there is no reason why you shouldn’t pick up the Core V2. The external graphics dock is currently available exclusively on the Razer Store. It will be shipping to the U.S., Canada, UK, France, and Germany.

Upgrade to the Razer Core V2

The Razer Core V2 brings in significant upgrades to its predecessor at the same price tag. In itself, the Core is one of the best eGPU solutions available in the market. While it may be priced higher as compared to some of its competitors, the Core’s performance coupled with the stellar looks and Chroma lighting make it a compelling option. If you own a slim profile laptop with a Thunderbolt 3 port and want to give way to the gamer inside you, the Razer Core V2 is an interesting choice. But what about you? Would you be going for the Core V2, or do you prefer a different eGPU solution? Let us know in the comments section below.