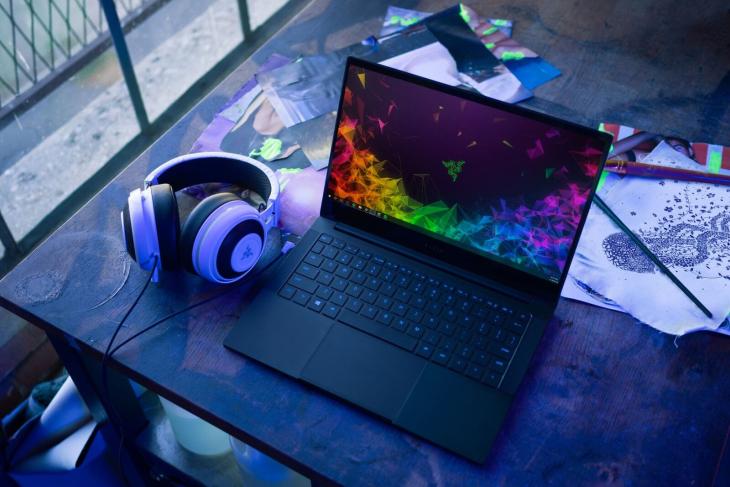 Razer is all set to refresh its 13.3-inch Blade Stealth gaming laptops at the upcoming IFA 2019 in Berlin, Germany. According to an official press release, the devices will ship with Intel’s 10-gen Core processors and GTX 1650 graphics cards as standard. They will also have a similar ultra-thin form-factor as the outgoing models, but the upgrade in processing power and the reinforced cooling mean they will be thicker than their predecessors by 0.5mm.

The new 2019 Blade Stealth laptop will come with the Core i7-1065G7 ‘Ice Lake’ CPU and 16GB of LPDDR4 3733MHz RAM as standard. While the premium models will be offered with the GeForce GTX 1650 GPU and 512GB of M.2 PCIe SSD, the base model will ship with Intel Iris Plus integrated graphics and only 256GB of SSD storage.

All the new models feature 13.3-inch displays with either FHD (1920×1080) or UHD (3840×2160) resolutions, but the one in the top-end model will also be a touchscreen unit. Connectivity options in all the three new models will include Wi-Fi a/b/g/n/ac, Bluetooth 5.0, 2x USB-C ports and 2x USB-A ports. Other I/O options will include a 720p webcam with IR for Windows Hello, TRRS connector for audio, four speakers with Dolby Atmos and a microphone port.

The new lineup will be available from the end of this month in the US and Canada, starting at $1,500 for the base model, while the two more premium models are said to be priced at $1,800 and $2,000. They’ll also be launched later in the UK, France, Germany, Nordics, China, Australia, Hong Kong, Japan, Singapore and Taiwan, but there’s no word on an India launch just just.