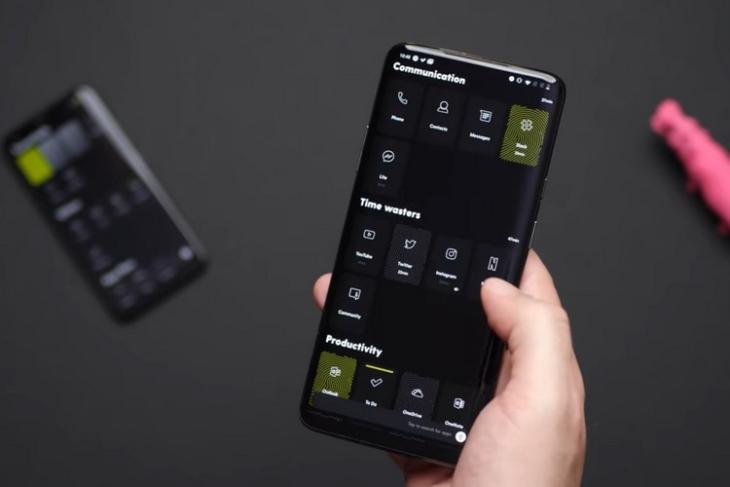 As smartphones became more and more advanced over the years, it also became a great distraction factor for children as well as adults. Since this discovery, many major smartphone manufacturers started adding software features like Apple’s Screen Time to make people use their smartphones less. None of them has been entirely successful, I’d say. However, the Ratio launcher might just be the ultimate launcher app that could make your life less distracting by making you use your phone less.

Created by a small-scale smartphone manufacturer, Blloc, the software was initially made for their smartphone, the Ratio18. The smartphone did not actually make a name for itself, however, the software caught a lot of eyes. So, now Blloc has created the Ratio experience as a third-party launcher that users can install in their Android devices.

Now, as the primary goal of the launcher is to make you use your phone lesser than usual, the whole UI follows a monochrome design language. This essentially makes your smartphone much less appealing compared to other launchers.

Apart from the minimalistic design language, the Ratio launcher entirely changes the way you use your smartphone, in a good way.

There are two main screens in the software. There is a home screen, which the company calls the “Drawer”. You can find all your installed apps on this screen, categorised in folders. You can expand or collapse these folders by simple swipe gestures. Beside each folder/category, you will find the launcher subtly showing the amount of time you already spent on the apps of that category. This will give you an idea about how much time you actually spend on social media apps or productivity apps. 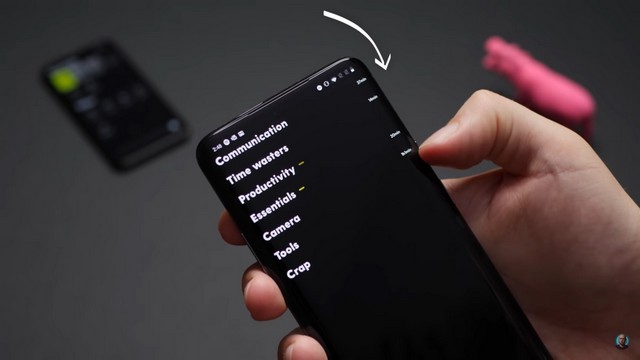 Now, the second screen can be accessed by swiping left and this is, what Blloc calls, the “Route”. It is basically a feed of interactive cards and widgets that shows information at a glance or carry out quick actions. You can also use the text box at the bottom to search for any query. Ratio will search the necessary result or pull up necessary apps to perform the required action that you searched for. 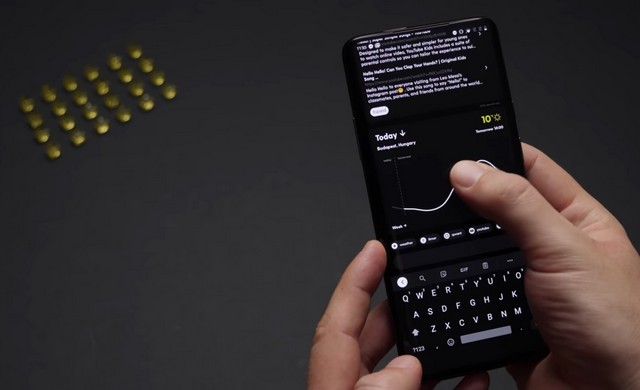 For instance, if you search for weather, you will get an interactive card, showing the weather of your location, which you can expand or collapse to catch up on the weather.

Colour or B&W; You Choose

Now, the launcher has a system-wide monochrome theme and this allows the launcher to run the apps in B&W too. This is again for the same reason of making you use your apps, and in turn phone less. However, the launcher gives the option to change the monochrome theme on an app-by-app basis. This means that you can watch your Twitter or Instagram feed in B&W, but when you don’t want it anymore, a simple swipe up from the bottom right corner will fill in the colour in the apps. 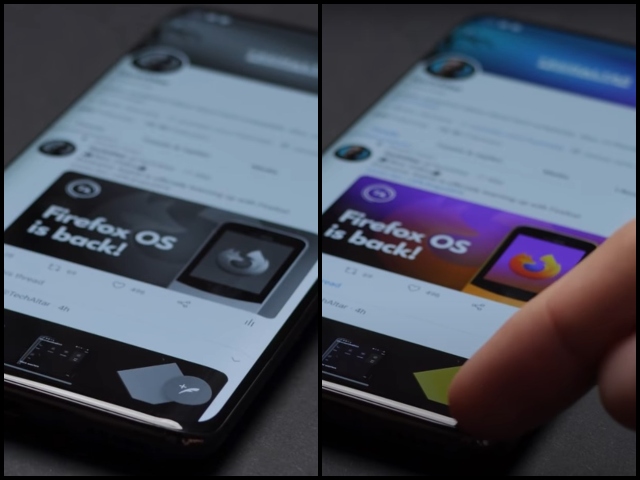 Apart from these, the Ratio launcher has an array of features packed inside. However, the most unique feature of the launcher is that there is a desktop version available named the “Bllocdesk”. You can install this on your laptop or PC and remotely access your smartphone to transfer files and media effortlessly. The Bllocdesk uses Wi-Fi to connect the two devices and so both of your devices need to be on the same Wi-Fi network for this to work. 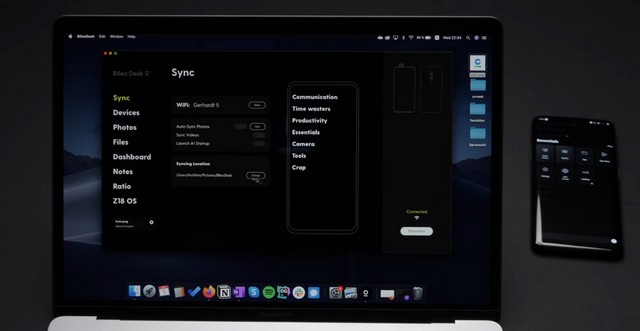 Now, there are a plethora of other features integrated within the launcher. For instance, you can customise the app icons and even change the stock glyph of the icons, you can protect your apps by setting a biometric authentication and you can also move the apps around to put them inside a relevant category/folder.

In my opinion, the Ratio launcher has one of the best implementations of the minimalistic design and clever features. It is the ultimate culmination of productivity and minimalism.

You can check out the launcher on their official website. From there, you can also request for the launcher from the developers by mentioning in which device you will be using the software.

So if you are a fan of clean design and ultimate productivity, then you should give it try. Also, do not forget to let us know about your experience down in the comments.