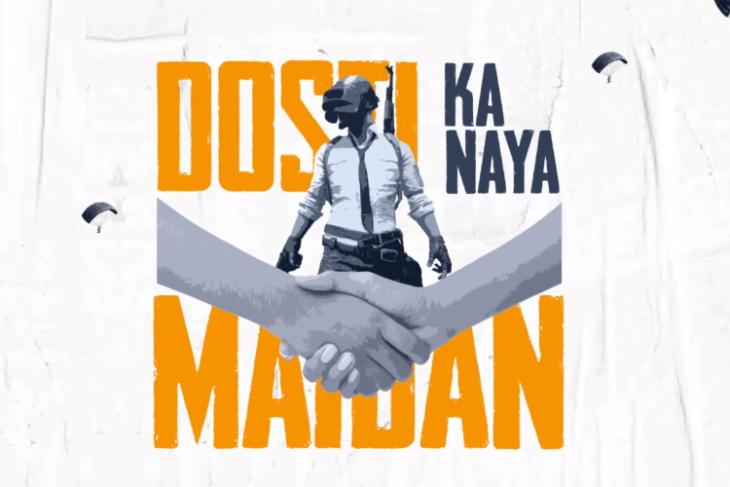 The PUBG Mobile craze doesn’t seem to be ending anytime soon. India has seen a huge influx in mobile gaming in 2019 and well, Tencent Games is now looking to tap into the game’s popularity with an unexpected announcement. We are getting a first-of-its-kind PUBG-themed original web series called “Dosti Ka Naya Maidan” during the holidays.

Dosti Ka Naya Maidan will be a five-part web series, which will be streamed on YouTube starting from December 25. It has been developed by the PUBG Mobile India team, along with the game’s developers Lightspeed & Quantum Studios. The most interesting thing about this series, which will be based on the game, has been created in Hindi to further its appeal to the regional audience.

Now, you all must be wondering — what’s the concept of this web series? As the name suggests, the series will explore one of the most relevant topics in relation to the game. Friendship. Trust. Dosti Ka Naya Maidan will tell 5 heartwarming stories of friendship to welcome the holiday season. It will help players see PUBG Mobile as a platform to meet like-minded people or make friends.

“What is PUBG MOBILE without our epic friendships? And now, we decide to bring those epic, unforgettable stories of friendship on the big screen, for the first time together, to watch with your friends,” reads the official statement from PUBG Mobile developers.

PUBG Mobile also released a short 32-second teaser video for the online series. It simply talks about its concept, as explained above and you should yourself check out this super exciting trailer. The real-life trailer, show’s cast, and other behind-the-scenes content will be revealed soon. Until then, don’t forget to share your stories of friendship from the game in the comments section below.

This is the first time that PUBG Corporation is moving beyond its battle royale game and stepping foot into original content creation. It’s sort of testing the waters and celebrating the fact that PUBG Mobile has swelled to 600 million players across the globe. Excited to watch this web series? We cannot wait for Christmas to come around sooner!