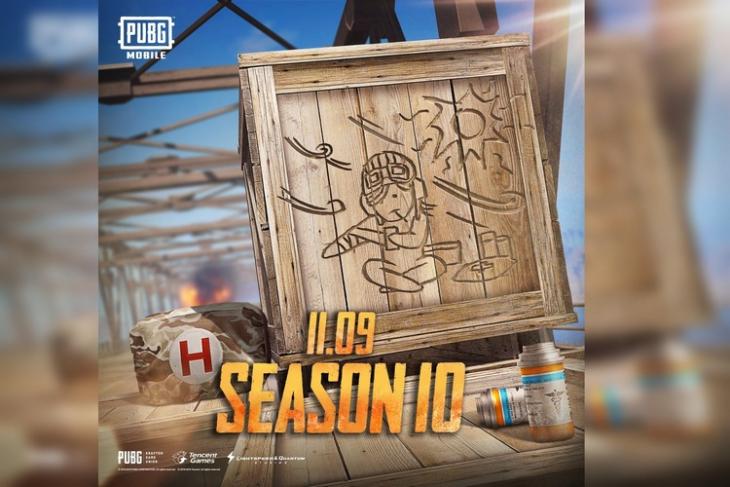 After rolling out the much-anticipated Payload Mode to PUB Mobile late last month, Tencent Games is all set to add even more features to its wildly-popular battle royal title. In a tweet a few hours ago, the company announced that PUBG Mobile’s Royale Pass Season 10 will arrive Saturday, November 9. According to the game’s official Twitter handle, the new season will bring a whole host of new content, including a new theme, new items and all-new missions.

While the tweet hasn’t officially revealed the specifics of what to expect from the upcoming season, there are enough hints in the image to suggest that much of what we’ve read over the past few days may be for real. According to the popular YouTube channel, Mr Ghost Gaming, the theme of PUBG Mobile Season 10 will be ‘Fury of the Wasteland’. It is said to bring two passes – an Elite Pass, priced at 600 UC, and an Elite Plus Pass, costing 1800 UC.

Another YouTube channel, Classified YT, seems to have confirmed some of the revelations from Mr Ghost Gaming, adding that the update will also bring new skins for parachutes, all-new emotes, the M249 and M416 assault rifles and cool new vehicles. There will also be a new Dacia skin and a variety of costumes, including the Apocalypse Guardian Set, Desert Trooper Set, Snowflake Girl Set, Irradiated Frog Set and more.

Do note that Season 10 will be rolled out as a server-side update, which means players should automatically get these features without having to download anything from the Play Store or the App Store. Having said that, installing the latest version of the game with all the enhancements and bug-fixes certainly won’t hurt, so you can head on over to the Play Store or the App Store to get the new version on your device.