Tencent started rolling out the update 0.9.0 for PUBG Mobile yesterday, introducing a new Night Mode to the game, among a ton of other things. In case you aren’t already aware, the new Night Mode is only available on the Erangel map in the Classic game mode and it’s been randomized just like the weather conditions in game.

After playing the game for several hours following the update, I finally managed to land a Night Mode game and here’s my experience playing PUBG Mobile in near absolute darkness: 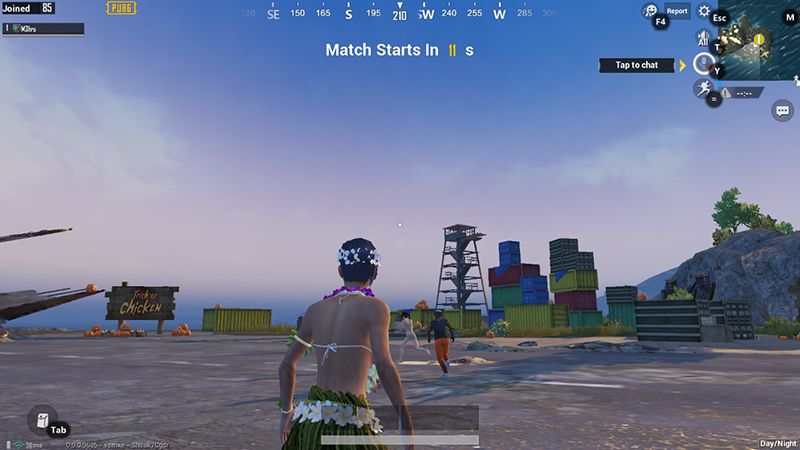 The game started off like any other Classic mode game on Erangel, with the sky being the only environmental indication that it will be a Night Mode game. Unlike normal day time matches, in which the sky looks all bright and sunny at the beginning of the match, the sky in the Night Mode game resembles an evening sky right from the start. I can’t be sure if that’s the case with each Night Mode game, but that’s what I noticed in the only Night Mode game that I’ve played so far. If you still aren’t able to tell if a particular match will have a Night Mode, the game makes it quite easy by displaying a ‘Day/Night’ tag in the bottom left corner for Night Mode games. 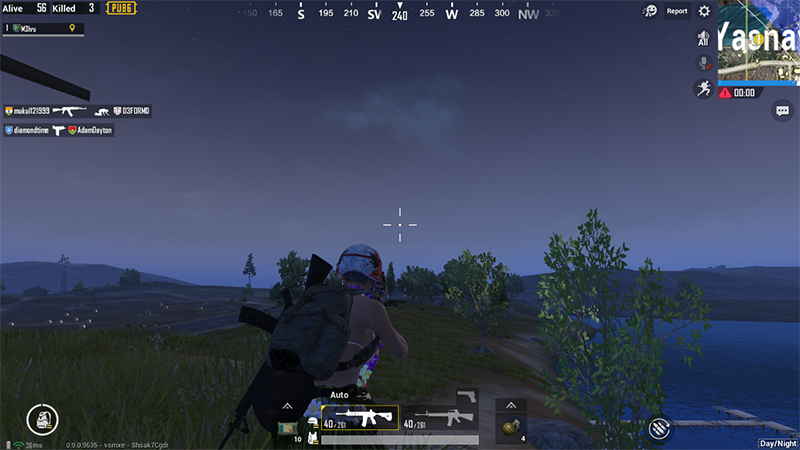 After jumping off the plane I had a bunch of time before nightfall to collect loot before proceeding into the first circle. As the first blue zone started moving in, the environment started changing gradually, until it got dark, really dark. Unfortunately, I wasn’t able to find a pair of night vision goggles and I just managed to kill a couple of players, just because they shot at me first. 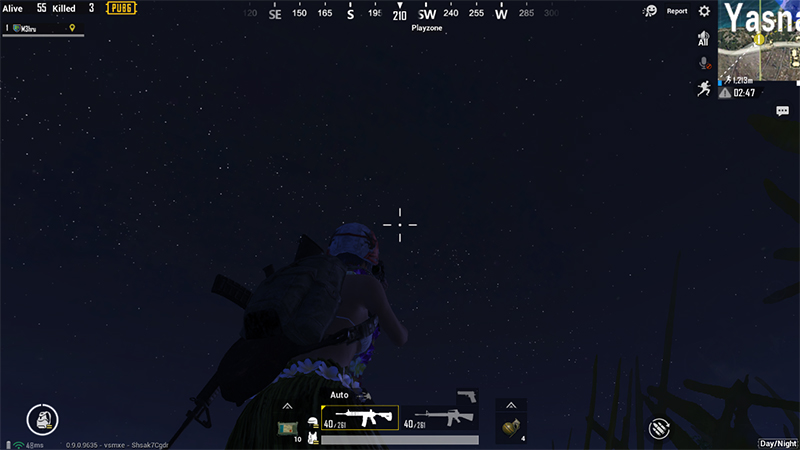 Not wanting to take any further risks, I started looking for a vehicle and as soon as I found one, I drove towards the nearest supply drop in my quest to find night vision goggles. Locating the drop was fairly easy as it let out a fluorescent orange smoke which glowed in the moonlight. Alas, as luck would have it, I didn’t find the goggles in the supply drop, but I did manage to get an AUG, which helped my quite a bit when the lights were turned back on later in the game. 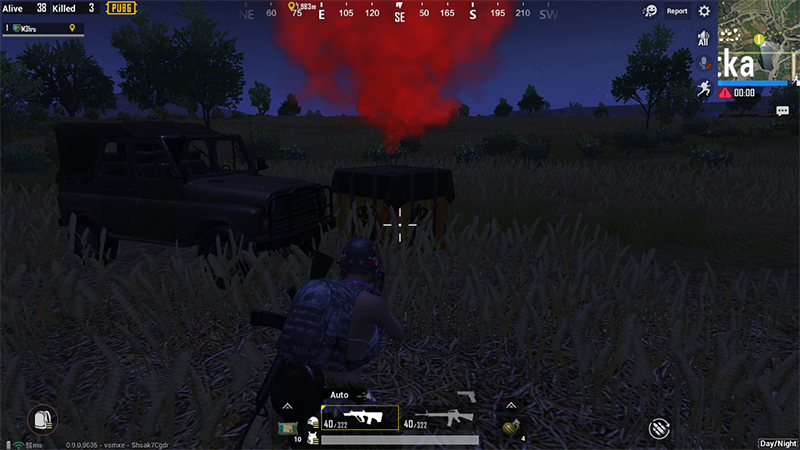 Clueless and blinded by the darkness, I proceeded to Pochinki which was in the center of the circle and managed to stay alive by hiding out in one of the houses. There was a lot of gunfire in the surroundings, Pochinki being a popular drop location, but I didn’t venture out of my safe spot because of the lack of night vision goggles. I figured that someone else might have found a pair by then and I didn’t really want to take any chances, so I waited till it was light again. 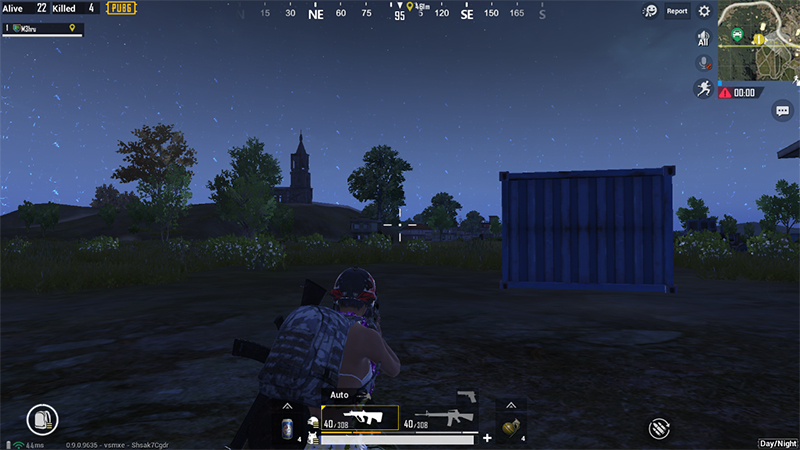 One thing that I noticed while playing PUBG Mobile in Night Mode was that a lot of players managed to stay alive until the second last circle, probably because they too, like me, were hiding out and waiting for the morning. As soon as the Sun started rising, the roar of gunfire grew all around me as players emerged from their hiding spots. After that the game was quite normal, except for the in-game sounds, which included a rooster crowing to indicate the oncoming dawn and birds chirping when the Sun was up. 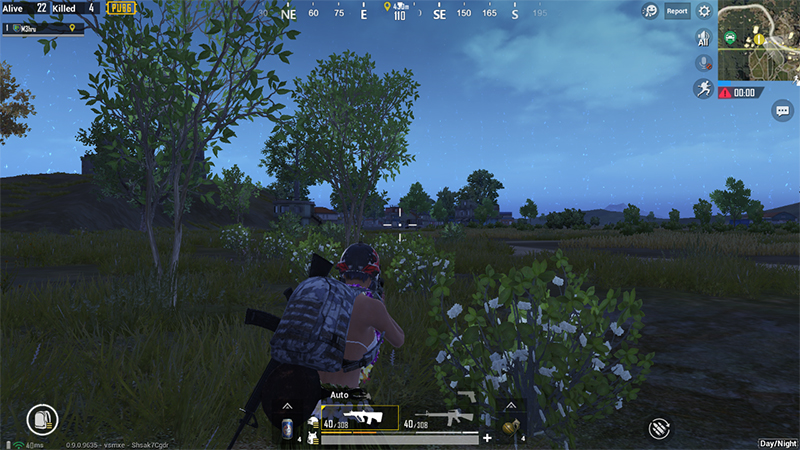 I managed to beat the last team alive to take the chicken dinner, but in all honestly, I was playing against players with a lower Elo rating. Had I been playing in my own Elo, things might have turned out a bit differently.

That said, what do you think about the new Night Mode in PUBG Mobile? Have you managed to land in a Night Mode game yet? Did you find Night Vision goggles? Share your experiences in the comments section and make sure you throw in some screenshots using the night vision goggles.