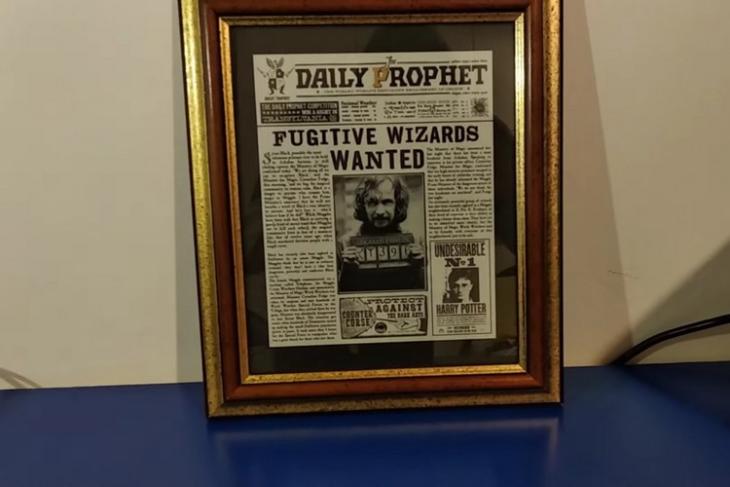 If you are a Potterhead, chances are you already know about the various Harry Potter-themed products launched in the recent past. For starters, we saw author JK Rowling launch the Harry Potter at Home hub to offer free entertainment for kids amidst lockdowns last year. OnePlus also jumped on the bandwagon with the launch of its OnePlus Watch Harry Potter Limited Edition recently. Now, an electronics enthusiast has developed a replica of the Daily Prophet newspaper from the Harry Potter films using an e-paper display IRL.

The Daily Prophet newspaper, as Potterheads might already know, is a magical newspaper in the wizarding world that delivers news in a, well, magical way. In the movie series, the magical newspaper showcased moving images of individuals along with some spicy headlines.

So, being a Potterhead himself, an electronics enthusiast named Leopoldo recently built a replica of the Daily Prophet newspaper using an e-paper or e-ink display, and it looks pretty legit. The developer recently shared a post on his Deep Tronix blog, detailing the device. He also released a video on YouTube to showcase the newspaper, which you can check out attached right below.

At the heart of the Daily Prophet replica frame, Leopoldo used an e-paper display that usually has a very low framerate support for moving images. These display panels are primarily used for digital reading devices like the Kindle and are only capable of showing static texts. The e-paper displays cannot usually handle videos and causes, what is called, “burn-ins” on the screen.

However, the developer somewhat got rid of this issue with the use of a custom dithering library, and well, it works well. Along with that, Leopoldo also integrated a Teensy microcontroller and a hidden front-facing camera along with an ESP32 microcontroller for face detection into the picture frame. The moving images are loaded from an external SD card and look very similar to the newspaper print surrounding the e-ink display.

So, if you are a developer or an electronics enthusiast, you can check out the build details of the Daily Prophet replica from the Deep Tronix blog to create your own. And unlike in the Harry Potter universe, even muggles will be able to read your edition of the Daily Prophet.