Apple fans often have to pay the price for the company’s design decisions such as the removal of the headphone jack, and the exile of the still-widely-used USB Type-A port. The company also sells the new MacBooks with USB-C, while still sticking to Lightning ports for iPhones, confusing users endlessly.

The solution is a class of accessories known to us as dongles. Many hate them, but dongles allow a level of expansion that one can only dream Apple gives out of the box.

If, in spite of that, the MacBook experience is just something you cannot let go, you might have already bought a dongle, or are looking for one. Being a MacBook user myself, I know your predicament, and when I came across the Mport 7C from Portronics, I had to try it out. Portronics lent us a unit so we could check it out. 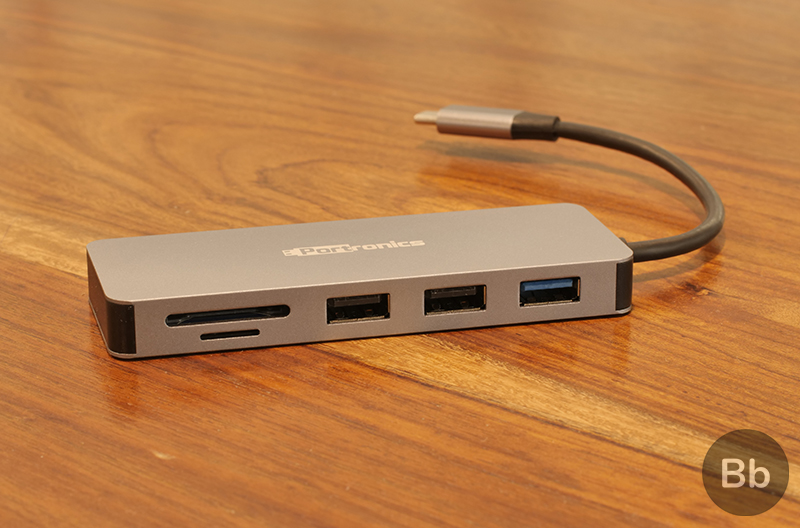 The USB hub, as the name suggests, features seven ports while the C is indicative of USB-C. It is available at only Rs 2,199 (Rs 2,299 on Amazon) which is almost a third of the price of competing dongles.

Don’t be fooled by the price; the Mport is well-built and you won’t find any rough edges or squeaky plastics that the brand is notorious for. The Mport USB hub has a plastic build, with a grey texture which gives it a metallic look. The USB-C connector extends out of the rectangular block on one of the short sides like a tail, while ports are placed on the longer sides. 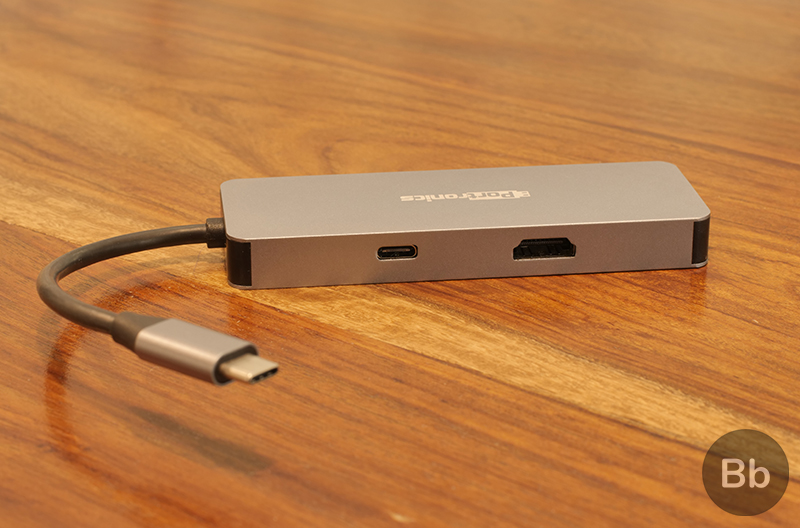 The dongle supports connectivity via two USB 2.0, a USB 3.0, an SD card, and a microSD card slot on one side, and a USB-C port as well as an HDMI port on the other side. I am especially fond of the blue LEDs that light up insides of the USB ports, which is a cool lighting effect if your desk is dimly lit.

Portronics does not seem to be making any compromise and the varied connectivity options give you plenty of ports to extend your Macbook or Windows laptops with USB-C. 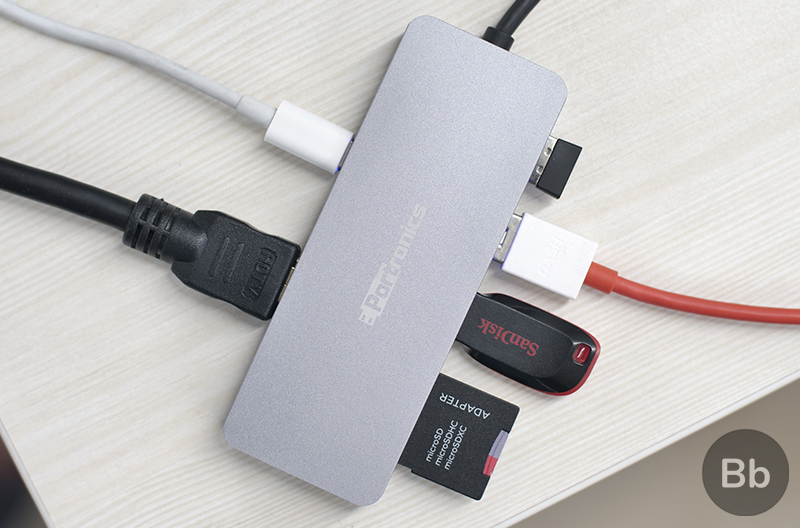 We tried out the different ports on the Portronics Mport 7C on a 2017 MacBook Pro, but you can also use it on phones and Windows PCs. We recorded the following read and write speeds:

Those speeds are not the fastest, they are respectable and it didn’t feel excruciatingly slow in use. While we could not test the speed of the HDMI connection, I was able to use the dongle with a 4K television without a hitch.

The USB-C port also works for charging but I would recommend charging the laptop directly to for faster charging.

I also used all ports simultaneously and dock didn’t feel bogged down. We even used it with a Pixel 2 XL and it works fine. 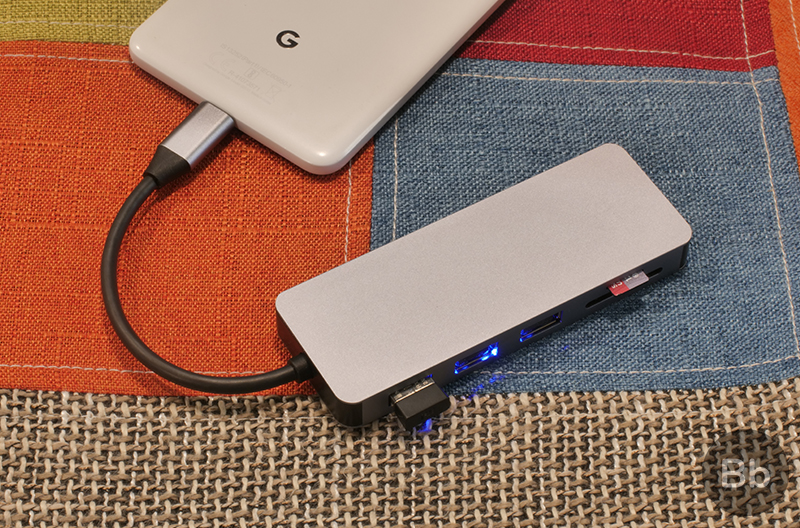 Having said that, USB ports on this dock do have their quirks, with possible solutions too. The first issue is that when using an external hard drive connected to the dock, the laptop power must pass through the dock, failing which the laptop won’t detect it.

The second issue is that when you unplug the charging cable from the dock, the connection is disrupted momentarily and this might stop ongoing transfers and pause the HDMI connection for a brief yet observable moment.

SEE ALSO: BitLoop’s USB-C Hub and Other USB-C Accessories are Perfect for
the MacBook Pro 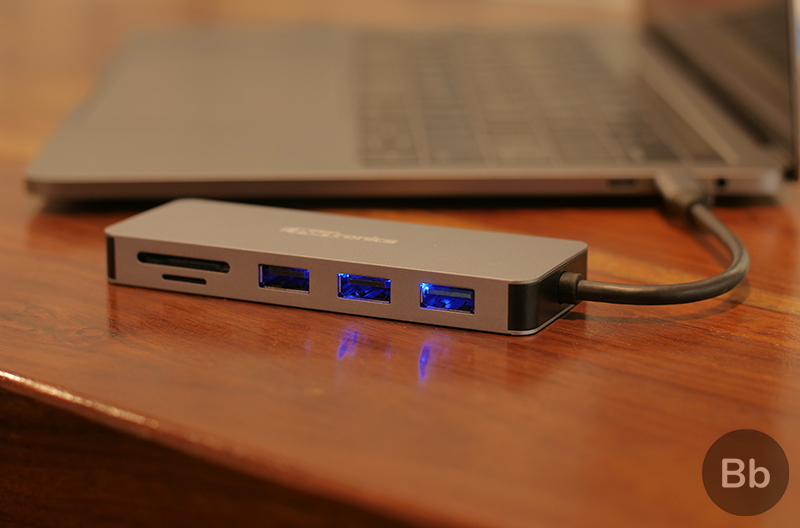 Those are some of the compromises you have to live with, given the affordable price tag of the Portronics Mport 7C. It’s still a very durable and handy USB hub for MacBook users or those using new Windows laptops. The dongle life gets a little bit easier and you don’t have to shell out too much to get that peace of mind. Plus it makes for a great backup dock.