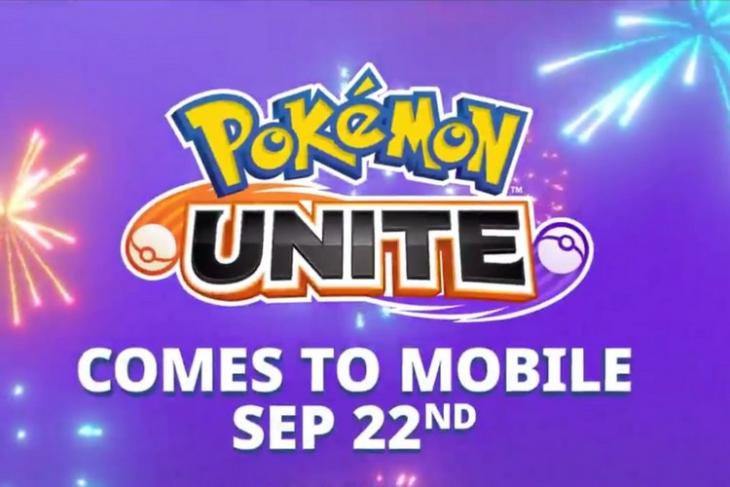 Tencent’s Timi Studios and the Pokemon Company are releasing their upcoming 5v5 MOBA title, Pokemon Unite, for mobile devices on September 22. The game was first released on Nintendo Switch back in July earlier this year. And now, the game will make its way to iOS and Android devices next month.

Pokemon Unite Coming to Android and iOS on Sept 22

The announcement was made via the official Pokemon Unite handle on Twitter. In their latest tweet, the developers confirmed the release date and shared a short video of the upcoming title. It showcases the League of Legends-like gameplay, and you can check out the tweet attached right below.

#PokemonUNITE is coming to mobile on September 22!

Now, for those unaware, Pokemon Unite is a much-anticipated game that Pokemon fans have been waiting for since it was announced back in mid-2020. This is a 5v5 combat-based game, falling under the Multiplayer Online Battle Arena (MOBA) genre.

In the game, you will be a part of a 5-player team with the primary aim to score more points than your opponents. You will be able to choose a Pokemon of your choice, including Pikachu, Charizard, Blastoise, Snorlax, Jigglypuff, Ivysaur, and more. Then, you land on an island and battle other players in this mobile game. You can check out our in-depth story on Pokemon Unite to know more about the upcoming title.

Now, as for availability, Pokemon Unite will be available for both Android and iOS users, starting from September 22. The title is currently open for pre-registration on the Google Play Store and Apple App Store. Moreover, pre-registered players will be offered special rewards once the game goes live. So, if you are a Pokemon fan, I would suggest you pre-register for the title via the corresponding links right now.

Pokemon Unite is Now Available to Download on iOS and Android