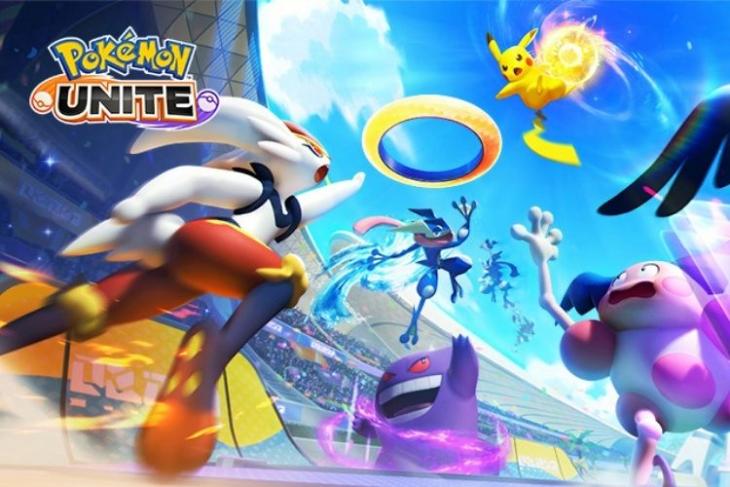 Ever since the release of the 5v5 MOBA Pokemon game, Pokemon Unite, on Nintendo Switch back in July earlier this year, fans have eagerly been waiting for its launch on mobile devices. And well, as promised and teased earlier this week, Pokemon Unite is now available to download on Android and iOS devices globally.

For those unaware, Pokemon Unite is a League of Legends-style MOBA game developed by The Pokemon Company and Tencent’s TiMi studios. It pits teams of 5 Pokemons against each other, and the objective is to score the most points by defeating wild and enemy Pokemon. Your points will only count if you are able to deposit them at the enemy goal zones.

You can check out all of the details about Pokemon Unite, the spin-off MOBA game set in this wildly popular universe, using the linked article. It includes information on maps, playable Pokemons, in-app coins and tickets system, and other details. If you are one of the 5 million users who pre-registered for the title, you will receive Aeos tickets, Pikachu Unite license, and other gifts.

I have already downloaded the title on my OnePlus Nord running Android 11. Pokemon Unite download size on mobile is around 550MB, but you need to download an additional 550MB before you can play the game. You can check out the gameplay video to get a better idea of the 5v5 battles right here:

Now, it’s important to know two things about Pokemon Unite. First, the game supports cross-play, which means Android and iOS users can play with each other and Nintendo Switch users. Secondly, the game also comes with cross-progression support. That means you can bring all your progress over from Nintendo Switch to mobile without any hassles. All of your Pokemon Unite data is tied to your Nintendo account or Pokemon Trainer Club account.

Moreover, the mobile release happens to coincide with the rollout of the first-ever major update for Pokemon Unite. The v1.2 patch brings some important bug fixes along with balance updates to the Pokemon roster in the game. There’s a new battle pass called Galactic Ghost 094 with space-themed items, a new Unite Squads feature, and nerfs/ buffs for the existing roster of Pokemon.

Also, you will be pleased to know that the developers are working on a new game mode. The official blog post states that it will “level the playing field for all Trainers, regardless of their held items’ grades.” So yeah, get our trainer gear on, and jump into this action-packed Pokemon MOBA game. Download Pokemon Unite from the Google Play Store and Apple App Store links attached here.

Pokemon Unite Is Coming to Android and iOS on September 22