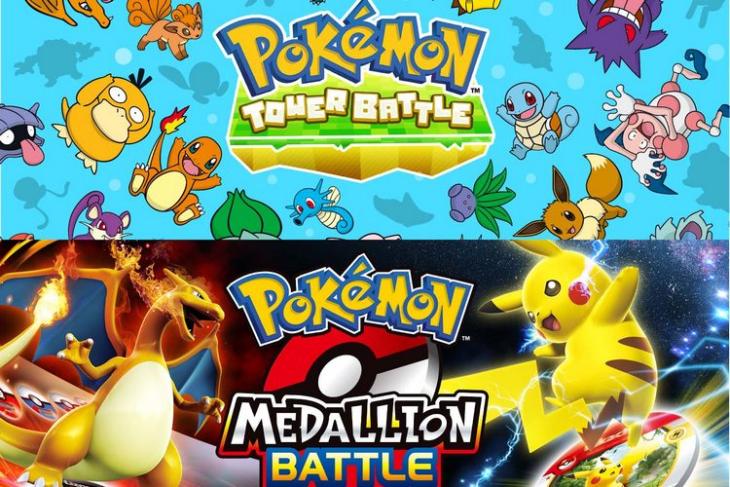 Two new Facebook games in the iconic Pokémon franchise are now available on Facebook Gaming, the social media giant has announced. According to an official blog post, Pokémon Tower Battle, developed by Bombay Play, and Pokémon Medallion Battle, developed by GCTurbo, are now available via the Facebook Gaming tab and bookmark. However, while the former is available worldwide, the latter is only available in the Asia-Pacific region excluding Oceania and Vietnam.

Tower Battle is an off-beat game that allows players to compete by stacking their Pokémon against one another to create the tallest Pokémon towers. As part of the plan, players will need to discover, catch and stack-up rare Pokémon to compete in real-time against friends or across a global leaderboard. “It might seem like a simple physics-based puzzler at first, but the strategic choices in where and how players stack Pokémon will determine the true Tower Battle masters”, said the post.

As for Medallion Battle, it is a digital card battle strategy game that requires trainers to “collect, battle and evolve Pokémon in medallion form and embark on a journey with their companions to win gym badges and complete their Pokédex”. New Pokémon will also be introduced every month to let players create even better decks.

Announcing the launch of the two new Pokémon games on Facebook, the CEO of The Pokémon Company, Tsunekazu Ishihara, said: “We are excited to launch two new entries in the Pokémon franchise on Facebook Gaming. Launching these games through Facebook will allow people all over the world to experience Pokémon in digital form, and we are especially thrilled to collaborate with Facebook Gaming in enabling new audiences to enjoy Pokémon games online”.