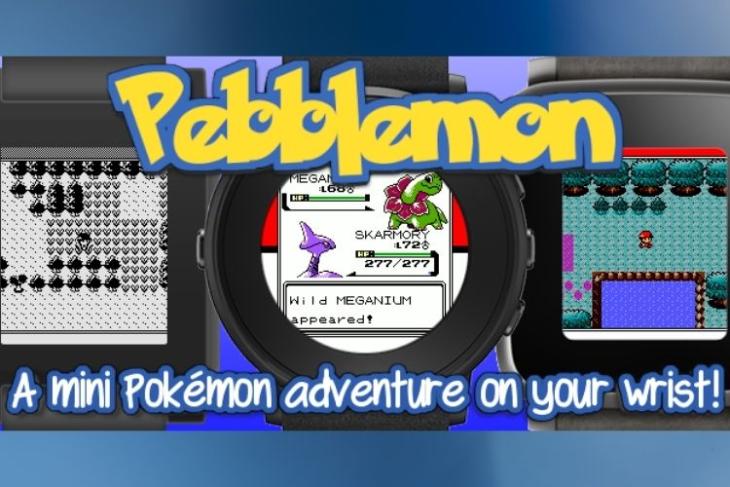 Although Pebble, one of the pioneers of smartwatches, was acquired by Fitbit for $40 million back in 2017 and was discontinued later, a group of developers dubbed Rebble decided to support the existing Pebble smartwatches by building supported firmware as well as a dedicated app store. Now, a developer named Harrison Allen has developed a full-fledged replica of Nintendo’s popular Pokemon game to run on Pebble smartwatches.

Dubbed Pebblemon, the new Pokemon game runs on Pebble smartwatches and enables users to go on “mini Pokemon adventure” right on their wrists. The game uses simple graphics and easy-to-use controls to deliver a healthy dose of nostalgia for users.

The developer says that he used the graphics library of Pokemon Yellow, which is the first title in the popular game series that debuted in Japan almost two decades ago, to create the graphical interface of Pebblemon. So, the game is pretty similar to its Game Boy Color (GBC) counterpart and lets users explore “various areas of within the Johto region” on their wrists.

To play the game and control the characters, users can take advantage of the navigation buttons on their Pebble smartwatches. In the game, users will also be able to encounter all 251 Pokemons from the GBC edition, as per the developer. Moreover, leveling up will also unlock various “hidden items to aid you on your journey”, further added Allen.

Now, following the release of Pebblemon, founder of Pebble Eric Migicovsky shared a tweet along with a short video showcasing the game running on a Pebble smartwatch. In the tweet, Migicovsky praised the developer community for “STILL building new game engines and beautiful games like Pebblemon” for existing Pebble smartwatches. You can check out his tweet attached right below.

5 years on and devs like linksky are STILL building new game engines and beautiful games like Pebblemon for @Pebble. Incredible! https://t.co/gNJhJZb6qT pic.twitter.com/BU7FxSDwlm

Pebblemon is currently available on the Rebble app store. So if you are lucky enough to have a Pebble smartwatch lying somewhere in your drawer, you might want to take it out and try this game right now. Also, do let us know your thoughts in the comments below.