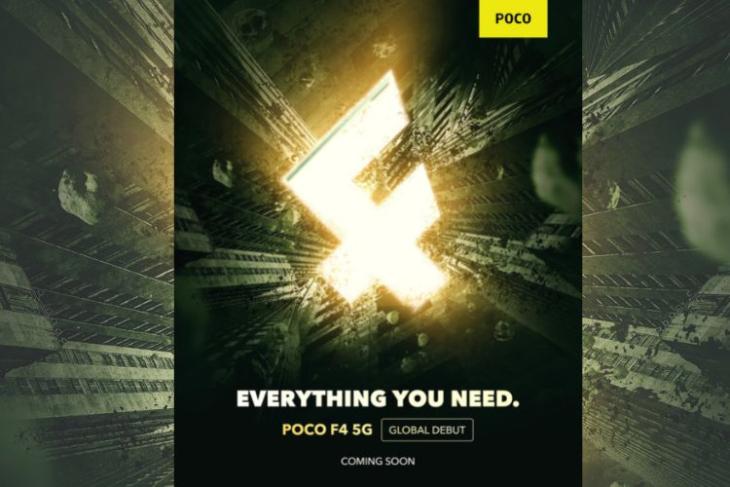 A couple of days after teasing its next F-series phone, Poco has confirmed that it is indeed the Poco F4 5G we’ve been anticipating. The company has also confirmed the chipset for the upcoming Poco phone via. Have a look at the details.

Poco, via a recent tweet, has revealed that the Poco F4 5G will be powered by the Snapdragon 870 chipset, which has been strongly suggested by rumors. This is touted as the ‘most optimized processor of the Snapdragon 800 series.‘

Poco reiterates that the Poco F4 5G will make its global debut very soon. However, a date is still behind the veil. We can expect an official launch date in a few days. The smartphone is expected to launch globally and in India simultaneously.

Apart from these details, Poco hasn’t revealed much. That said, previous leaks have pointed at the Poco F4 5G being a rebranded Redmi K40S, which was launched in March in China. If this becomes true, the smartphone will then come with a 6.67-inch AMOLED display with a 120Hz refresh rate and support 67W fast charging.

While the Redmi K40S comes with 48MP triple rear cameras, the Poco F4 is likely to go for an upgrade and feature a 64MP main camera, an 8MP ultra-wide lens, and a 2MP macro camera. A 20MP selfie shooter, VC liquid cooling system, and more are also expected to be a part of the package.

As for the design, we recently got hold of a bunch of leaked images of the Poco F4 5G. The images, yet again, suggest that it will be a rebadged Redmi K40S. The phone is expected to come with a rectangular camera bump and a punch-hole screen, In fact, the color options are also expected to be alike.

That said, we still need to wait for Poco to confirm more details of the Poco F4 and this should happen soon. It’s best to wait for further updates and we will totally keep you up-to-date on this. Hence, stay tuned to this space.