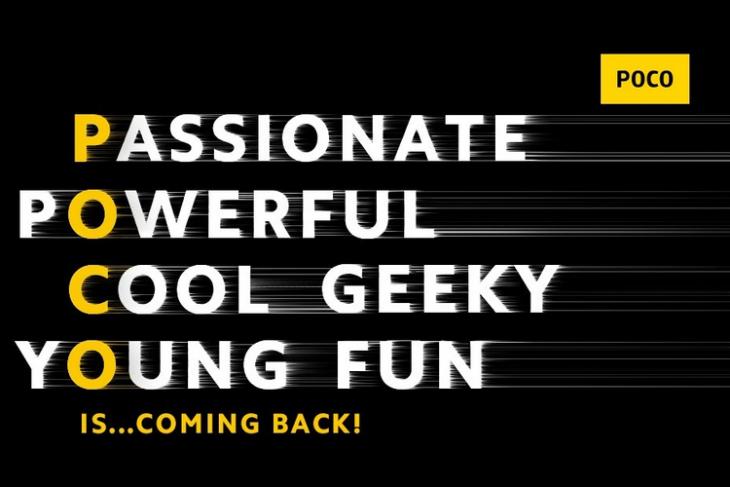 After numerous leaks, rumors and speculations over the past several weeks, the second-generation Poco flagship has seemingly been officially confirmed. The official Poco Global Twitter account on Monday started teasing the Poco F2 Pro, and while the company didn’t give away any more details, a listing on e-commerce portal, GearBest, has revealed some of its tech specs, including the RAM and storage options.

After 256 days of waiting, today we can finally say:#POCOisBACK! pic.twitter.com/3REalj1cko

The listing, which confirms the Poco F2 Pro name, claims that the device will ship with a quad-camera setup on the back, the ‘most powerful’ Snapdragon processor (almost certainly the Snapdragon 865), a full-screen display and a large battery with fast charging. The device will be available in 6GB+128GB and 8GB+256GB options in four colors – Purple, White, Grey and Blue. Unconfirmed rumors suggest that it might be priced at around the €600 (Rs. 50,000) mark in Europe.

Following the launch of the Poco X2 in February, enthusiasts have been clamoring for a ‘true successor’ to the much-loved Poco F1 that brought uncompromising performance at a relatively affordable price-point. While its successor is finally all set to be launched after almost a two-year gap, it turns out that the Poco F2 Pro might only be a rebranded Redmi K30 Pro.

While speculations to that effect had been doing the rounds for some time, it was seemingly confirmed last month when Google Play updated its list of supported devices by listing the K30 Pro and the Poco F2 (Pro) with the exact same codename – “Imi”. Either way, there’s no further info from Xiaomi on either the device or a possible launch timeframe, but it will be interesting to see how it stacks up against its predecessor in terms of its price-performance ratio.

Poco F2 Pro to Get MIUI 12 Update Later This Month

Poco F2 Pro Confirmed to Launch on May 12