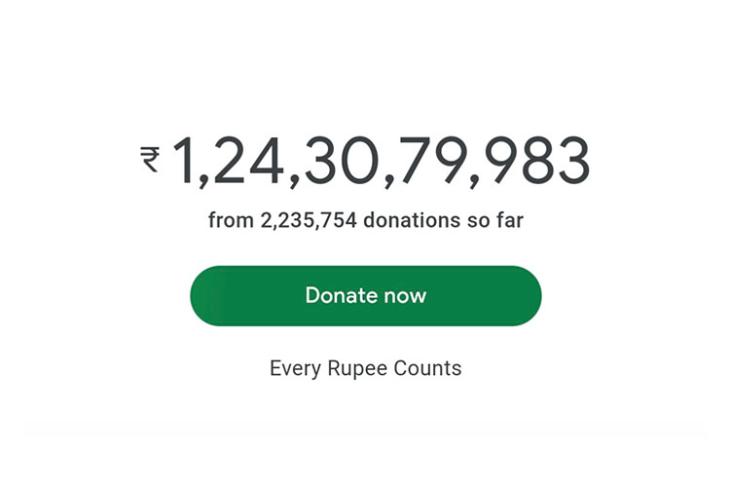 As the Coronavirus pandemic spread in the country, the Indian Prime Minister, Narendra Modi announced a PM CARES fund. This is the fund the government wants citizens to donate money to in order to help India fight COVID-19.

It’s important to note that this number is the amount raised through donations made on Google Pay. Donations can be made via apps like Paytm, or even through the PM CARES website directly. That means the actual amount raised is definitely a lot higher than this number.

However, it’s still heartening to see people come together in times of crisis. Now one can only hope that the government utilises the money being raised to help people in difficulty during the pandemic, including doctors who have to work without PPE kits as they try to keep the country afloat.