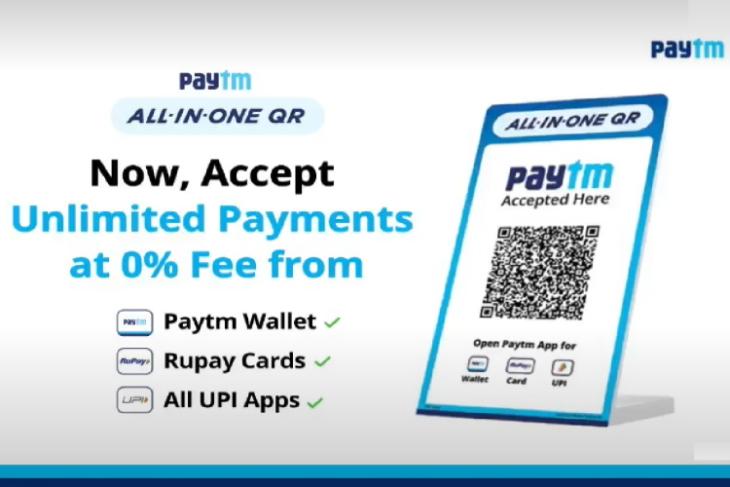 The highlight of baking these payment options in a customer-centric solution comes in the form of zero percent (0%) fee being levied on merchants. Yeah, a major benefit of Paytm’s ‘All-in-One’ QR code is that no Merchant Discount Rate (MDR) fee will be levied on either on the customer or merchant. The government has taken this step to boost the use of digital payment solutions, especially its own UPI payments platform in India.

Note: Merchant Discount Rate, or MDR, for those unaware, is the charge that a business has to pay to the bank for accepting payments via digital means. But, it is no longer the case and should result in an influx in digital payments, thus, making businesses in India more transparent. 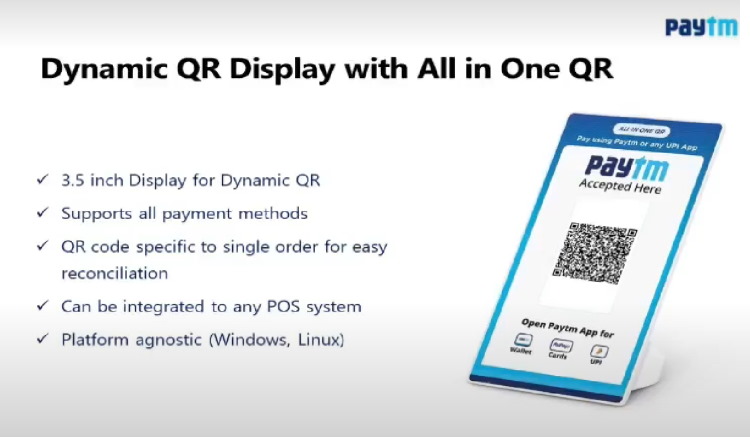 Paytm has not only launched a static “All-in-One” QR code product but also unveiled its first-ever product with a Dynamic QR display. As you can see below, the Paytm QR code stand integrates a 3.5-inch display at the center. It connects with your system (be it Windows and Linux) to display a dynamic QR code for single orders 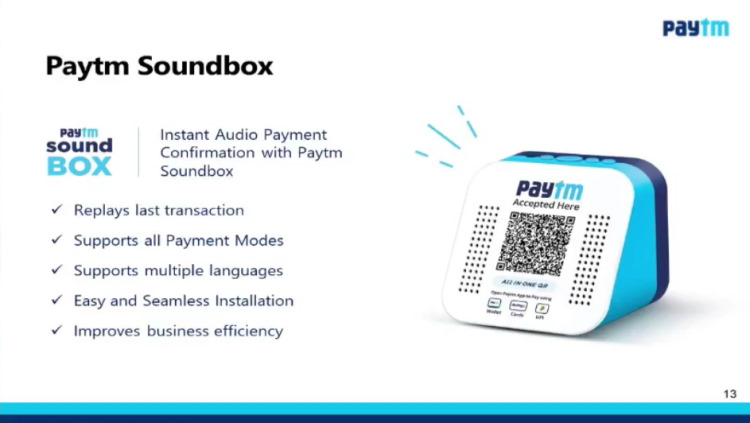 Also, Paytm is looking to help businesses improve business efficiency with the launch of Paytm SoundBox. It integrates the ‘All-in-One’ QR code at the center and will speak out loud the last transaction, that too in multiple languages almost instantly. Merchants can now keep an ear out for the payment instead of repeatedly reaching out for the phone.

I recently came across the Paytm SoundBox at a local eatery and the spoken payment confirmation will take you by surprise. But, it’s an amazing product for any business with a larger influx of customers.

Finally, Paytm is also looking to allow merchants to customize their “All-in-One” QR code and has today launched QR merchandise. Instead of the standard stand, businesses can choose to order a customized stand with a radio, calculator or message. You can add the business name to the stand too. But, if you are looking for something fancy, you can also get the display stand with Ganesha, All-in-One QR code pen stand or keychain.

So, if you are not a Paytm user (which is highly unlikely) then you can still scan the new All-in-One QR code to complete payments at the local kirana store or other shops. It’s a super useful solution for businesses as they no longer need to put up multiple QR codes from different digital payments service providers.