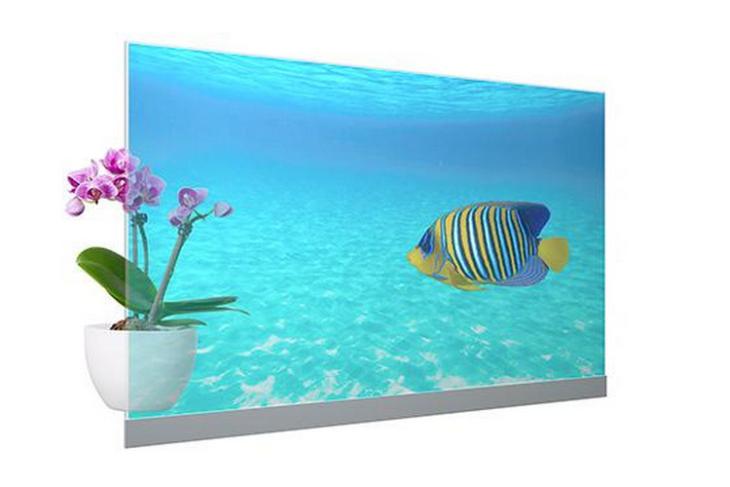 Having originally demoed its transparent TV prototypes last year, Japanese consumer electronics giant, Panasonic, has now officially launched its first commercial displays with the new technology. Named the TP-55ZT1100 and TP-55ZT1000, they feature 55-inch transparent displays made by South Korean tech giant, LG, who launched its own transparent OLED TVs earlier this year for airports, museums and other commercial establishments.

According to an official press release from Panasonic, the technology uses a self-illuminating transparent OLED display panel that does not require a backlight. It is also fairly thin, measuring less than 1 cm in thickness, and offers high transparency from one side to another. The panels also render high-quality pictures with vivid colors, the company said.

It is worth noting that while the ZT1100 is made for outdoor usage and includes a ‘dimming unit’ for high-contrast imagery in bright environments, the ZT1000 foregoes that feature for a much lighter footprint and lower price-tag.

In terms of hardware specs, the TVs come with a 16:9 aspect ratio and Full-HD (1920 x 1080) resolution. They have an HDMI 1 port and can be connected to headphones via a 3.5mm mini jack. There’s also a massive difference between the weight of the two models. While the outdoor model weighs in at a massive 14Kgs, the indoor unit weighs just 8 kilos.

Panasonic is also offering the product in different modular configurations to enable flexible installation not only in homes but also in various other places including commercial complexes, transit advertisements and public facilities. What’s more, multiple panels can also be joined to make a larger screen.

Panasonic says it plans to release the devices globally, starting with the Japanese and Asia-Oceania markets in the beginning of December 2020. There is, however, no ETA for that right now, so it will be interesting to see when they will come to India.