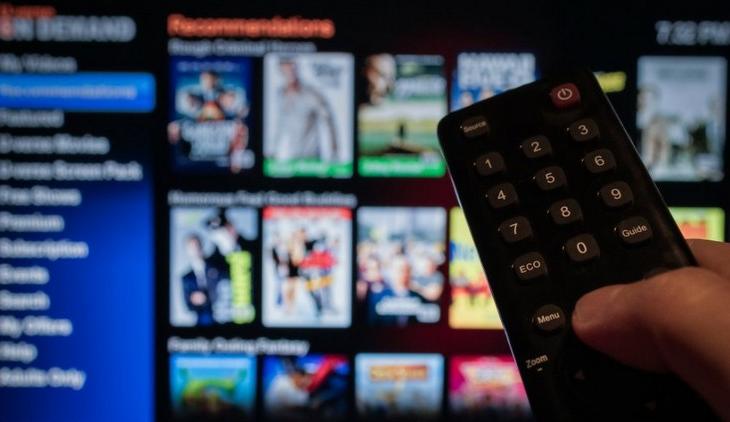 In a world of Netflix, Prime Video, and other streaming services our way of watching movies has changed. Today we all have a smart TV in our living room to watch the latest movies and TV shows. Traditional TV channels and cable have given way to streaming platforms containing a wide variety of content including both popular and Oscar nominated movies.

So here’s a list of some of the best movies that were nominated for the Oscars that you can stream online right now.

Martin Scorcese teamed up with the legendary Robert De Niro and Al Pacino to bring this mob-drama to the screen.

This is the divorce story (yep, not a marriage one) of a Brooklyn couple that shows its impact on their two young sons.

New Zealand novelist, Anthony McCarten adapted his play from 2017, The Pope to create this film to discuss God, tradition and the inexplicable issues of child abuse.

The origin story of the most loved villain, Joker made an impact in the society to show how much sanity remains in it.

The epic finale of the MCU series, this film went on to end the reign of Speilberg’s Avatar as the highest-grossing film in Hollywood history.

Stream now on Disney+ or Hotstar

Tarantino’s unique style of story-telling shows a specific time in Hollywood in this film. With Di Caprio and Brad Pitt sharing the screen for the first time, this film is worth a watch.

This James Gray space film shows Brad Pitt as an astronaut travelling to Mars to find his father who went missing 30 years ago.

Oscar-winner of 2004 for Cold Mountain, actress Renée Zellweger came back to portray the greatest entertainer: Judy Garland in this well-executed movie.

This Bong Joon Ho film has already made history by being the first Korean film to fight at the Oscars. It is a dark film showing an entrepreneurial-minded family conning their way into a wealthy family.

Buy or Rent at Amazon

25 years after the release of the original Toy Story, Pixar did not disappoint with the grand finale of this classic series. We always love to see Woody and his friends on a great adventure.

Rent or buy at Amazon. Coming to Disney+ on 5th February.

Directed by Robert Eggers who directed the horror piece: The Witch in 2015, this film shows the story of two lighthouse keepers stranded on a remote island, slowly lose their minds.

This biopic of the popular singer, songwriter, pianist and composer Elton John, shows the star’s rise to fame.

Directed by Pedro Almodóvar, this semi-autobiographical film shows a story of a film-maker remembering his own past and his discovery of cinema.

The story of an American abolitionist and political activist, born into slavery, this biopic shows the story of Harriet Tubman.

This WW2 satire brings the story of a young boy named Jojo (Roman Griffin Davis) whose loyalty gets tested when he finds out his mother (Scarlett Johansson) is hiding a Jewish boy in the attic.

This documentary shows the life of Syrian director Waad al-Kateab who lived in Aleppo for five years working at a hospital that treated civilians injured in bombing raids.

The production house of the former President of the USA, Barrack Obama, made this documentary showing the cultural clash between the American and the Chinese workers in a newly opened factory outside Dayton, Ohio.

The film is a political documentary of the events happening in Brazil over the past several decades involving bribery scandals.

This is a film which describes to what lengths a person can go in order to survive and provide for a family.

I hope you enjoy these awesome movies. I know I did. Do watch these movies and let us know your favorite ones by writing in the comments below.