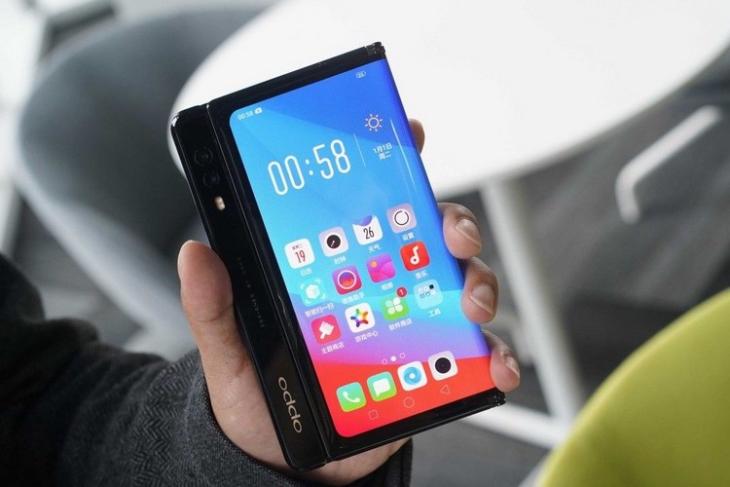 Ever since Samsung unveiled its first Galaxy Fold smartphone back in 2019, we have seen several companies jump on the foldable bandwagon in the recent past. While Samsung, being the pioneer, is well off in the foldable segment with the launch of its latest Galaxy Z Fold 3 and Galaxy Z Flip 3, other companies are trying to catch up. So, as per recent reports, Oppo might be the next company to join the foldable smartphone segment, and it could be as soon as this month.

Now, to jog your memory a bit, Oppo was one of the first companies to show off a foldable smartphone back in 2019. It was when Oppo’s VP Brian Shen shared real-world images of a prototype foldable device on Weibo a couple of years back. Since then, however, we have not heard about a foldable device from the Chinese giant, though we have seen Oppo file patents for foldable devices and showcase a rollable device as well.

Nonetheless, a recent report cites a new patent from Oppo for a foldable device. The patent was reportedly spotted on the Chinese National Intellectual Property Administration (CNIPA), and the images of the device take us right back to 2019 as they look similar to the prototype device that Shen shared at the time.

Now, coming to the design of the Oppo Fold, or whatever it will be called upon launch, the device features an outward folding display much like the Huawei Mate X device. So, as there is a screen real-estate at the left edge, the patent images show the power button and the volume rockers on the right edge of the device.

Other than this, the device could feature a triple-camera setup, placed vertically on the long strip at the back. Furthermore, there is a SIM tray on the top edge of the device and a USB-C port for charging and data transfer at the bottom.

Coming to the launch of the device, if the latest rumors are believed to be true, Oppo could launch its first foldable device as soon as this month. However, we’d suggest you take this information with a grain of salt as there is not much evidence to back it, as of now. However, we’ll keep our eyes peeled for any development regarding this and will keep you in the loop. So, be sure to stay tuned.