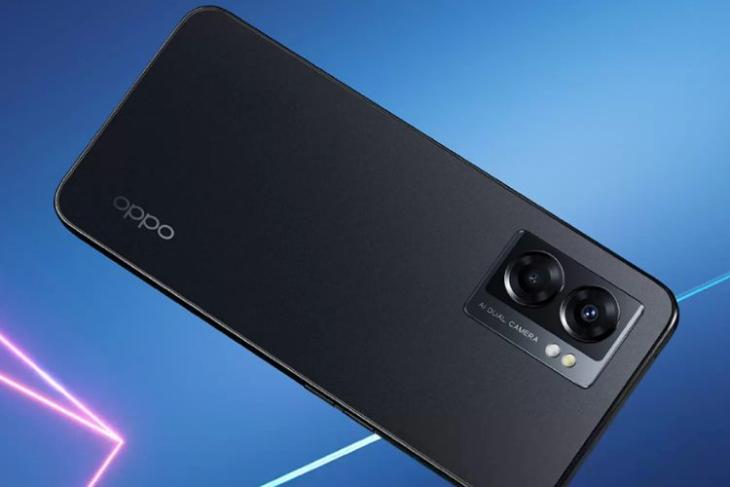 Oppo is all set to launch the Oppo K10 5G, its second K-series phone in India on June 8. Now, ahead of this, the company has revealed some of its details, including the confirmed presence of a MediaTek Dimensity 810 SoC. Here are the details to expect.

Information regarding the Oppo K10’s chipset was recently shared via a Twitter post. As mentioned earlier, the Oppo K10 5G will be powered by a MediaTek Dimensity 810 chipset to compete with the Redmi Note 11T 5G, the Poco M4 Pro 5G, and more.

The Oppo K10 5G also has a dedicated microsite on Flipkart, revealing that the phone will feature a flat-edge design akin to the Reno 7 series. There is a dual-camera setup on board with support for AI capabilities. The front will house a somewhat outdated waterdrop notch will a visible chin. It will come in black and blue colors. It is also confirmed to come with support for 33W SupereVOOC fast charging.

As for the other details, not much is known right now. As per previous rumors, the display is expected to span 6.56-inch and come with support for a 90Hz display. We can expect the phone to feature a 48MP main camera and a 2MP macro camera at the back, along with an 8MP selfie shooter.

A 5,000mAh battery and Android 12-based ColorOS are also expected. Other details include a side-mounted fingerprint scanner, dual stereo speakers, and more.

The Oppo K10 5G will join the existing Oppo K10, which was recently launched in India. While the price remains unknown, it will most likely be a sub-Rs 15,000 phone. We shall know all the details once the phone launches. So, stay tuned for all the information you need.