As you can see in our detailed review of the Bullets Wireless, the earphones have an okay-ish build quality, they lack deep lows, don’t come with any IP certification and the battery backup is kinda average at just around 6 hours of continuous playback. Priced at Rs. 3,990, the Bullets Wireless earphones are a great buy, but there are quite a few competitors in the market which offer better battery backup, a more rounded sound output, or a more durable build in and around the same price bracket.

If you’re in the market for a great pair of wireless earphones, here are the top 8 Bullets Wireless alternatives you can consider buying: 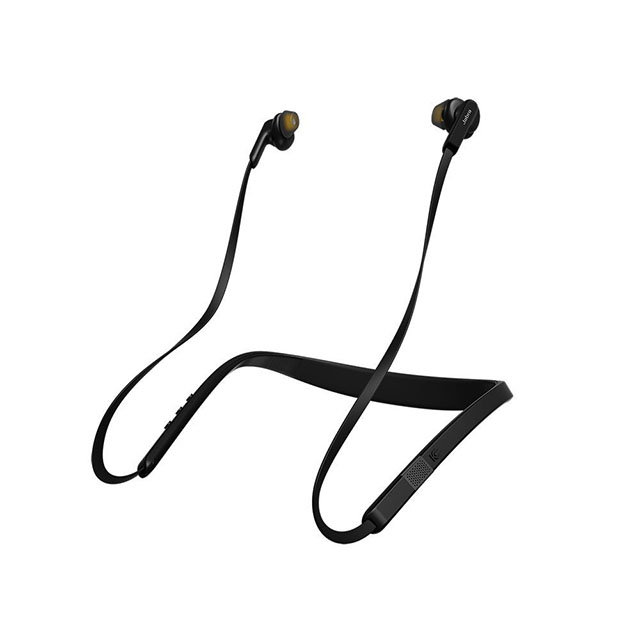 The Jabra 25E boasts of up to 13 hours of battery life on a single charge, it features a rugged design with IP54 weather resistance, heavy bass output, at just Rs. 3,366. On top of that, the Jabra 25E has great ambient noise isolation, a dedicated button to bring up the voice assistant of your choice and a vibration motor which is great for call/message alerts. The device has a decent build quality with flat tangle-free cables and easy-to-access clicky buttons. While the Jabra 25E might lack the magnetic controls and fast charging support, it more than makes up for it with the sound output and great battery life.

Another great pair of earphones which comes at a comparable price is the Skullcandy Method Bluetooth wireless sports earphones. If you’re familiar with Skullcandy’s offerings, you’ll know that the company is known for its bass-heavy earphones and the Method wireless is no exception. The device offers up to 9 hours of battery backup, sweat resistance (but no IP rating), a dedicated voice button to bring up the voice assistant of your choosing, and great fit which is perfect for people with an active lifestyle. 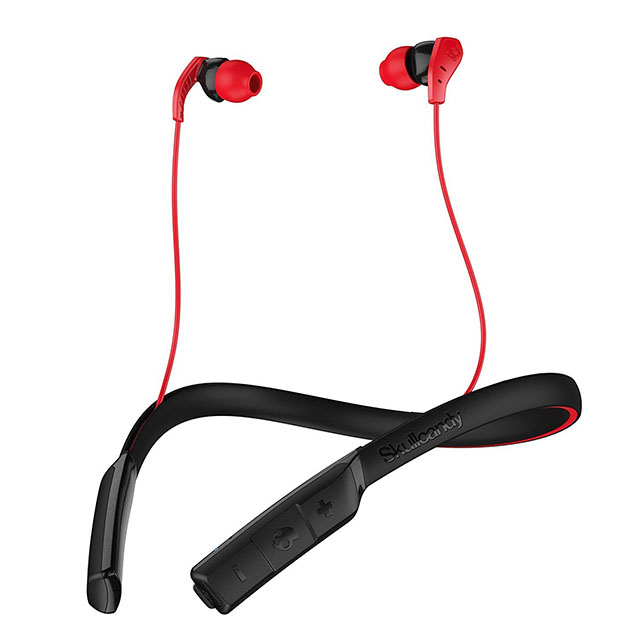 Sound quality on the Method wireless earphones is top notch and is suited for those who enjoy listening to electronic music. The device has easily-accessible large buttons on the left and a built-in microphone to take calls while on the go. On the downside, the Skullycandy Method wireless doesn’t feature fast charging and the thin wires connecting the earbuds to the neck band seem rather flimsy.

The Samsung Level U Bluetooth wireless are a great alternative if you’re looking for earphones that have great battery life and a durable design at an affordable price. Priced at Rs. 2,989, the Samsung Level U Bluetooth earphones boast of up to 11 hours of battery backup on a single charge, which is significantly more than that of the Bullets Wireless. 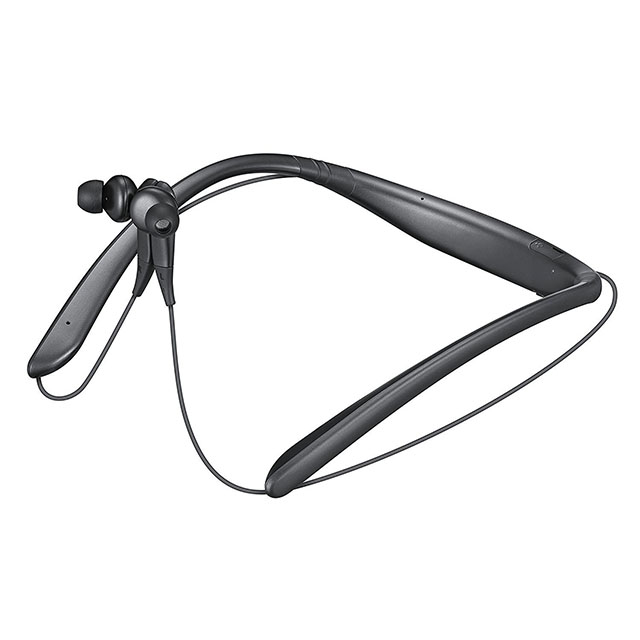 On top of that, the Samsung Level U earphones have a great sound output with punchy bass and you’ll even end up saving some money for a future purchase. However, do note that the Samsung Level U earphones don’t feature a proper in-ear design and you might notice some sound leaking while you’re listening to music at max volume. While the earphones do feature magnets, they’re just for easy storage while you’re not using them and don’t offer any controls like the Bullets Wireless.

Another great alternative for the OnePlus Bullets Wireless is the Sony C400 wireless behind-neck in-ear earphones which boast of up to 20 hours of battery backup on a single charge. While the device doesn’t really have the most appealing design out of the lot, it sure is functional. The left side of the neck band houses the power, volume, and play/pause buttons along with the microphone. 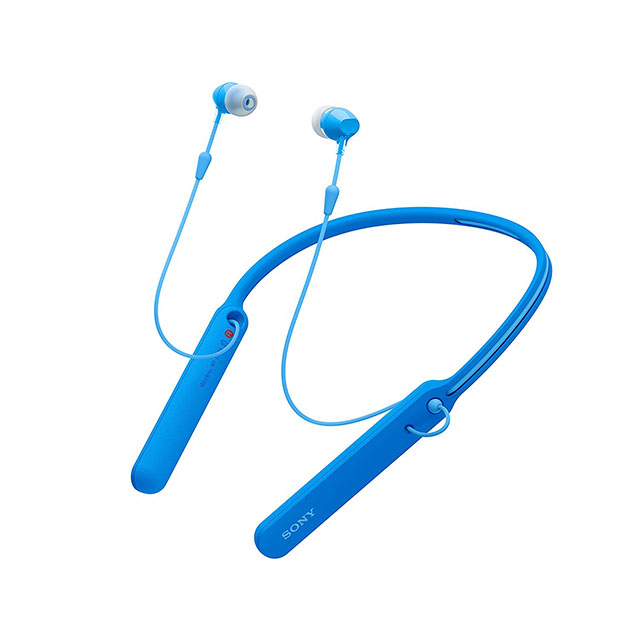 The device also has better build quality with nylon braided cables and an easy mechanism to adjust the length of the earphones for a custom fit. Sound quality is also at par with the OnePlus Bullets Wireless, however, it’s better if you don’t expect to be blown away. The Sony C400 also comes with NFC support which allows for fast and easy pairing, unlike the Bullets Wireless which requires manual pairing. Priced at Rs. 3,470, the Sony C400 is a great buy for the price and should definitely be on the top of your list if battery backup is all that you care about.

Another great option you can consider is the JBL E25BT Signature Sound wireless in-ear headphones. The earphones feature a light and comfortable design without a thick neck band which make them extremely comfortable to wear, especially while you’re working out. As with most JBL earphones, the E25BT Signature Sound offers great bass and clear highs, which is arguably better than that of the Bullets Wireless. 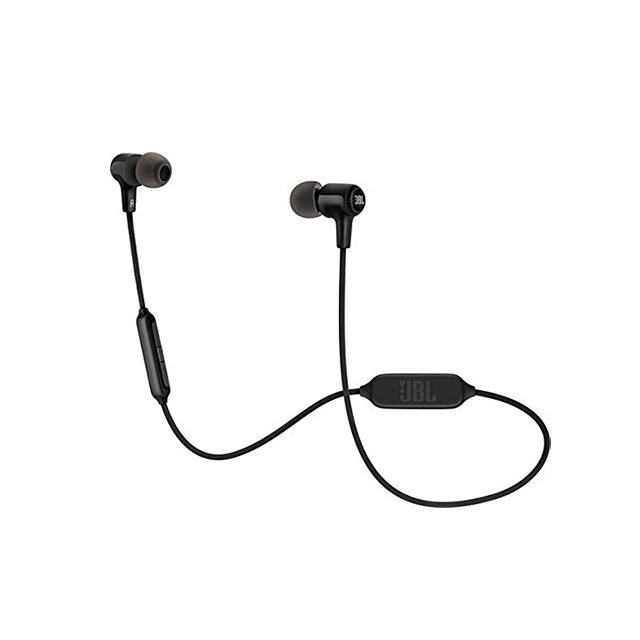 Priced at Rs. 3,090, the JBL E25BT is also a bit cheaper than the Bullets Wirless earphones, however, it does have a flimsy plastic design to match the price tag. Surprisingly, the JBL E25BT comes with braided cables which look a lot more durable than the cables on the Bullets Wireless. The JBL E25BT earphones boast of an 8 hour battery backup and also come with a detachable clip which you can use to prevent it from moving around during workouts.

Even though Skullcandy’s Smokin’ Buds 2 are a bit older, they’re still capable enough to take a stand against the newly launched Bullets Wireless. Going along with Skullcandy’s signature style, the Smokin’ Buds 2 offers deep and punchy bass, far better than that of the Bullets Wireless. The earphones have a comfortable design with flat tangle-free cables and a neck band which keeps them in place while you’re working out. 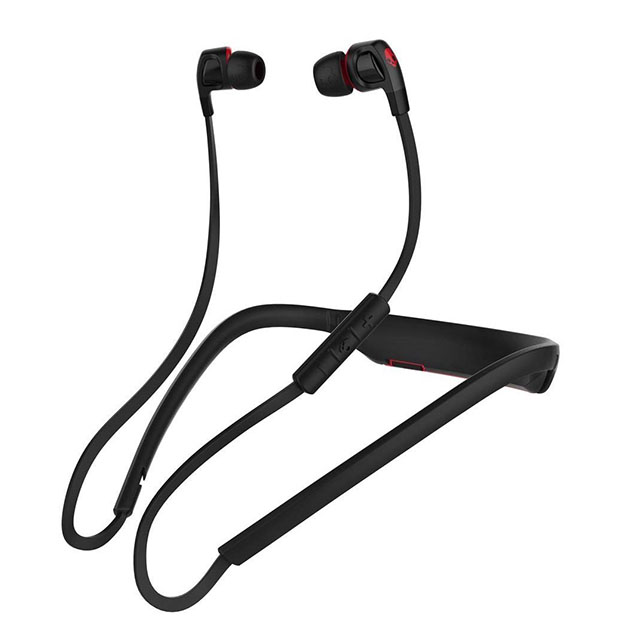 Additionally, the lightweight neck band can also be adjusted or removed altogether, as per your preference, which gives it the most customizable fit out of the lot. Priced at Rs. 4,799, the Skullcandy Smokin’ Buds 2 are a bit more expensive than the Bullets Wireless, which might be a deal breaker for some of you. Battery wise, the Smokin’ Buds 2 match up to the Bullets Wireless’ performance, delivering up to 6 hours of playback on a single charge. I’d personally only recommend these earphones over the Bullets Wireless, if you’ve got a thing for bass heavy earphones.

If you’re not a big fan of the large neck band design, then the Sony MDR-XB50BS Extra Bass wireless earphones are a great alternative for the Bullets Wireless. The earphones have a lightweight and compact design, with all the controls, battery and ports crammed into the earbuds, which are connected by a thin flat wire. As the name suggests, the earphones perform great when it comes to the low end, delivering rich bass with decent highs and mids. 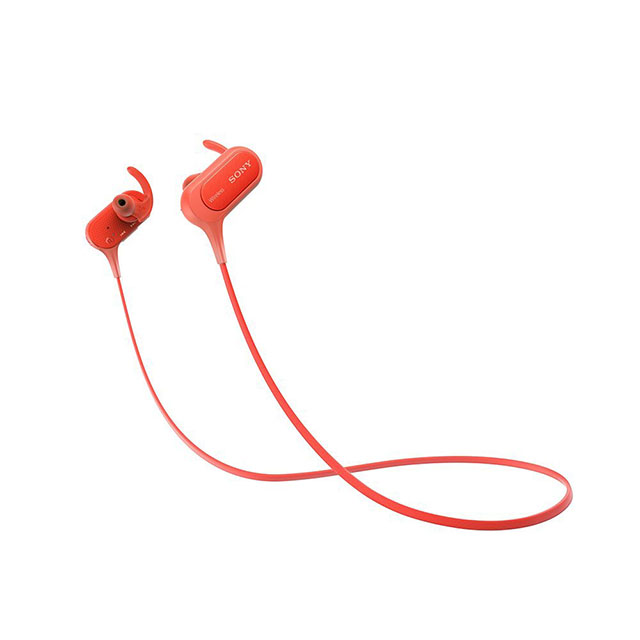 The Sony MDR-XB50BS has a splash resistance design with IPX4 certification and much like the other Sony earphones on the list, it also comes with NFC support. On the downside, the rectangular elongated earbuds might not be as appealing for some, especially due to the fact that protrude out a bit too much. Battery life is pretty standard, with the earphones lasting up to 8.5 hours on a single charge. Priced at Rs. 4,539, the Sony MDR-XB50BS is a great alternative to the OnePlus Bullets Wireless, provided you’re willing to shell out the premium.

As mentioned earlier, Skullcandy offers some of the best bass heavy earphones in the market today and the Skullcandy Ink’d Bluetooth wireless earphones are no different. The earphones have a punchy sound with powerful bass, which the OnePlus Bullets Wireless lack, making it a formidable competitor. 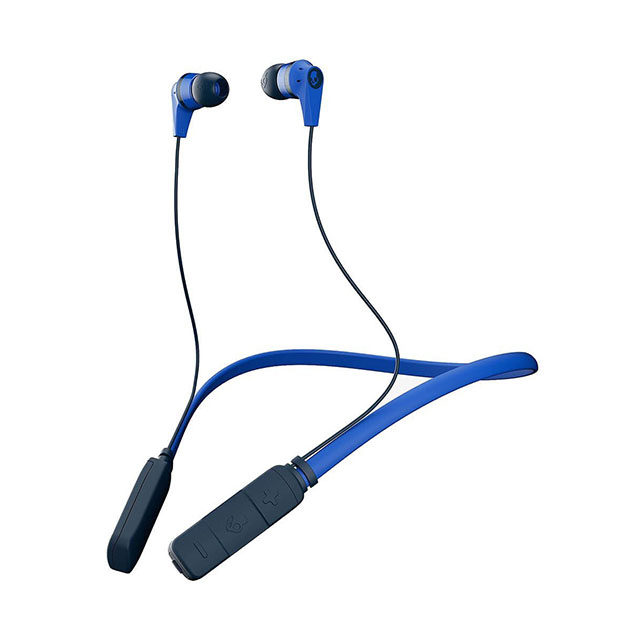 Priced at Rs. 3,275, the Skullcandy Ink’d Bluetooth wireless earphones have a comfortable lightweight design, which offers a secure fit. The earphones match the Bullets Wireless’ battery life at around the 6 hour mark, but they lack fast charging support, so that might be a deal breaker for you. The flimsy cables are another downside, in my opinion, but for the price it’s quite justifiable.

Which OnePlus Bullets Wireless Alternative Are You Buying?

While the OnePlus Bullets Wireless offer a lot for the price tag, they’re not entirely perfect. The sound output is just decent, the earphones don’t come with any IP certifications, the build quality leaves a lot to be desired and the battery backup is just about average. In case you’re looking for a decent pair of wireless earphones, you can go through our curated list and choose one which fits your particular needs. Do check out the list and tell us your personal favorite in the comments section below.