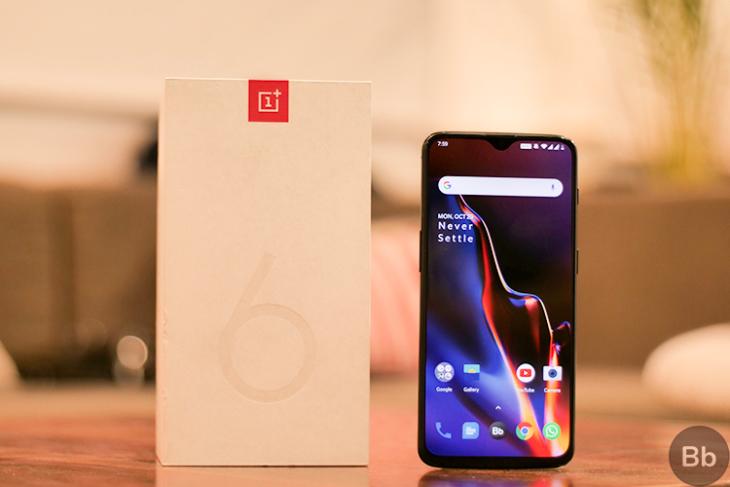 A day after it was officially unveiled for the global audience in New York City, the OnePlus 6T is all set to be launched in India at an event in New Delhi. The launch will take place at 8:30 pm at the KDJW Stadium inside Indira Gandhi Sports Complex in the national capital.

According to a press release from the company, over 1500 tickets were released a couple of weeks ago and ‘were snapped up by fans in a matter of minutes’. However, if you couldn’t get your hands on one of those passes, OnePlus will live-stream the event to help you catch the action in real-time.

You can tune into the official OnePlus India YouTube channel to watch the event or join in right here through the embedded video below.

The OnePlus 6T features a 6.41-inch (2340×1080) AMOLED display with Corning Gorilla Glass 6 protection. It is powered by Qualcomm’s Snapdragon 845 SoC and comes with up to 8GB of RAM and up to 256GB of storage. The device sports a dual rear camera set-up with a 16-megapixel primary sensor and 20-megapixel secondary sensor, while the front-facing camera is a 20MP unit.

The OnePlus 6T has an optical in-display fingerprint scanner called Screen Unlock, but drops the 3.5mm AUX port. Connectivity options in the handset include 4G VoLTE, Bluetooth, GPS, A-GPS and NFC, while on-board sensors include accelerometer, digital compass, gyroscope and proximity sensor. The device is powered by Android 9 Pie out-of-the-box.

The OnePlus 6T comes with a price tag of $549 for the 6GB RAM + 128GB storage model, while the 8GB+256GB variant will cost $579 in the US. The device is expected to be priced along similar lines in India, although, the exact pricing is yet to be officially announced by the company.