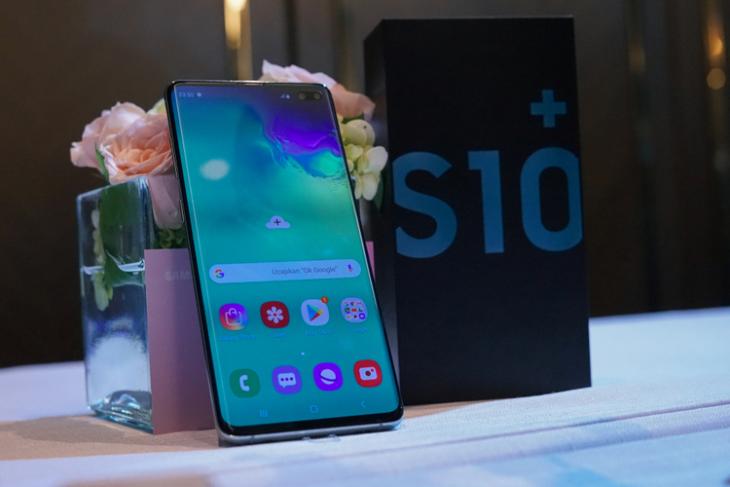 Android 10 officially started rolling out around a month ago and it’s not only running on Pixel phones, but has also reached Essential, Xiaomi, OnePlus, and Nokia devices. Well, Samsung doesn’t want to stay out of the loop any longer and had now revealed that its much-awaited OneUI 2.0 update, based on Android 10, is coming soon.

Yes, you heard that right Samsung fans. The company has taken to both its Korean and U.S community forums to talk about the upcoming Android 10-based OneUI 2 beta. The company hasn’t doled out much information about the beta, except the fact Galaxy S10 lineup users will be the first ones to experience the new software. 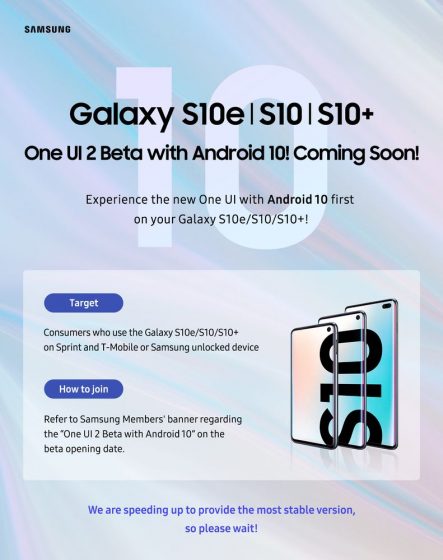 It means if you own a Galaxy S10, S10 Plus or S10e, then you should learn more about how to get the update shortly. The Galaxy S10 5G variant won’t be included in this beta rollout. You can check out the beta poster attached above, which says that the Samsung Members app will house a banner with details on the opening date.

The Korean giant is first going to trial the OneUI 2.0 beta in South Korea, followed by a rollout in the States before moving on to other locations. There is currently no word on India rollout, but we have already seen a hands-on video that shows off the OneUI 2.0 experience via a leaked build.

In true Samsung fashion, the beta rollout will run for the next couple of months and we won’t see an official stable rollout until early Q1 2020. So, keep your eagle eyes on the Samsung Members’ notification and get into the beta testing group to test new features before anyone else.

How to Install OneUI 2.0 Beta Based on Android 10

Samsung OneUI 2.0 Based on Android 10 Leaked in Hands-on Video