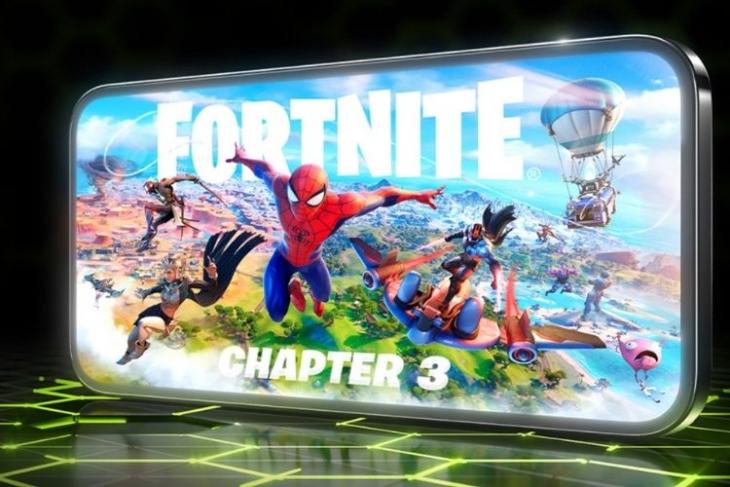 Fortnite has faced a rough time with the Apple App Store booting off the battle royale game for circumventing its policies. However, it’s a good time for fans as Fortnite is now back on iOS and easily playable on Android devices as well, thanks to the Nvidia GeForce Now cloud game streaming service. Here’s how it works.

Fortnite is Coming Back on iOS

GeForce Now has partnered with Epic Games to bring Fortnite to Android and iOS devices as part of a closed beta. This version of Fortnite will be optimized for mobile devices with new touch controls, which were available as part of the game’s Android and iOS apps.

Fortnite on iOS can be accessed via the Safari browser, which is the only way Apple allows cloud gaming. The Cupertino giant doesn’t allow cloud gaming apps on its App Store. Android users can access the game via the GeForce Now app available on the Google Play Store. While Android users can already play Fortnite on GeForce Now, the difference is that this version is specially meant for mobile devices, allowing for smoother gameplay.

In order to become a part of the limited-period closed beta (which is now live), users are required to have an Nvidia account and a GeForce Now subscription either free or paid. Once these conditions are met, users will have to sign up using a registration form to join the wishlist, and if they are lucky, will become a part of the Fortnite beta. Users can also register both iOS and Android devices (if available) to increase the chances of getting access.

Since this is a closed beta for a limited time, chances are that not many users will get to access Fortnite via GeForce Now. However, both Epic Games and Nvidia are working towards providing more people with the game’s access and more will be announced on this soon.

It is further revealed that more touch-control games will be available via GeForce Now. In an official blog post, Nvidia states, “And we’re just getting started. Cloud-to-mobile gaming is a great opportunity for publishers to get their games into more gamers’ hands with touch-friendly versions of their games.” PC versions of various games will reach GeForce Now soon.

What are your thoughts on this? Are you excited about playing Fortnite on your phone? Let us know in the comments section.

Nvidia GeForce Now Available in Beta for iOS; Will Bring Fortnite Back Soon