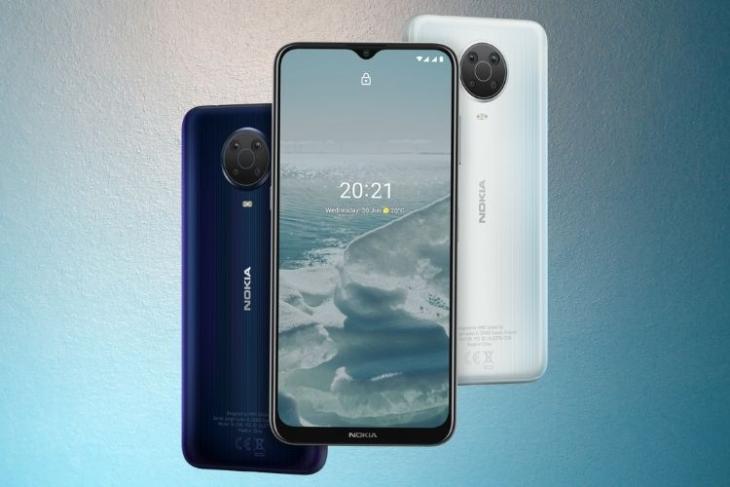 After being silent for a long time, HMD Global launched six new smartphones, ranging from premium mid-range to entry-level models in the global market back in April this year. Now, the Finnish giant has brought one of the mid-range devices, the Nokia G20, to India today. The device comes with a MediaTek chipset, a massive battery life of up to three days, and more.

The Nokia G20 is the higher-end model under the G-series, with the Nokia G10 being the inferior one. The device boasts a slim design and features a 6.5-inch HD+ display with a waterdrop notch. It has a 20:9 aspect ratio along with a 1600 x 720p resolution.

Under the hood, the G20 packs a MediaTek Helio G35 SoC paired with 4GB of RAM and up to 128GB of internal storage. However, the company has only launched the 4GB + 64GB version in India. 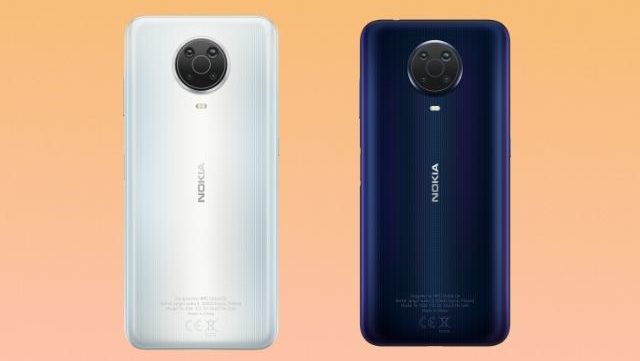 As for the optics, the device comes with a quad-camera setup, which is housed inside a circular camera module on the back. It includes a 48MP primary lens, a 5MP ultra-wide sensor, and a couple of 2MP sensors for macro and portrait shots. There is also an 8MP selfie snapper at the front.

Now, coming to the USP of the device, the Nokia G20 includes a massive 5,050mAh battery inside its slim chassis. It can deliver up to 3 days of battery life on standard usage, says HMD Global. However, the device, unfortunately, supports 10W charging, which is pretty slow for a modern smartphone.

Turning to the ports and other sensors, Nokia G20 has a USB-C port for charging and data transfer and a 3.5mm headphone jack. It also has Bluetooth 5.0, Wi-Fi 802.11 b/g/n, and a side-mounted fingerprint sensor for biometric authentication.

The device runs stock Android 11 out-of-the-box. The manufacturer promises to deliver three years of monthly security updates and two years of major Android updates in the future. It comes in two color variants – Night and Glacier.

The Nokia G20 is priced at Rs. 12,999 in India. It will be available to buy on Nokia’s official online store and Amazon, starting from July 15.

The device will be available for pre-booking on the Nokia store and Amazon from July 7. Pre-booked customers will get a discount of Rs. 500 on the retail price once the device goes on sale next week. Moreover, customers who will get the Nokia Power Earbuds Lite along with the Nokia G20 get a special discount of Rs 2,099 on the combo.