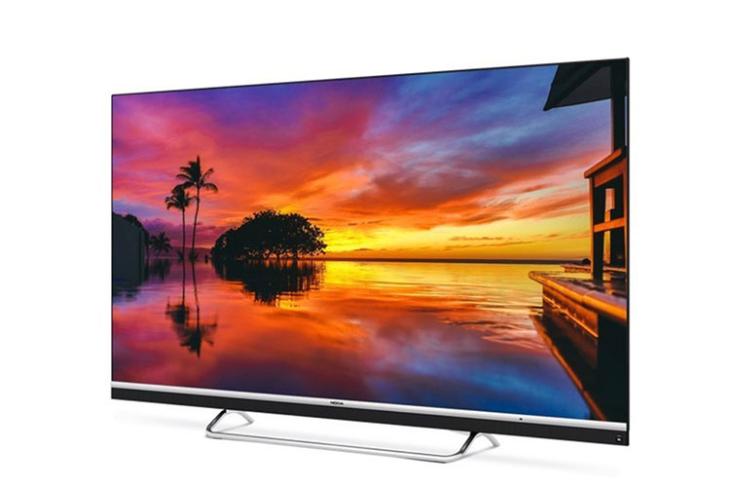 HMD Global owned brand Nokia will launch a 43-inch variant of the Nokia Smart TV in India on June 4, according to a new report from Gadgets360. The company’s latest addition to its smart TV line up will join the ranks of the 55-inch Smart TV it launched late last year.

HMD Global has also reportedly confirmed to Gadgets360 that the TV will be priced under Rs. 34,000 and will go on sale exclusively on Flipkart.

While we don’t yet know much about the upcoming smart TV from Nokia, these details do seem believable. Also, it’s noteworthy that the company’s 55-inch variant was priced at Rs. 41,999 at launch, so the price point for the 43-inch variant seems right too.

Details around the upcoming TV are scant right now, but a teaser page on Nokia’s website is live already. Based on that, the 43-inch TV will come with JBL sound as well, similar to the more expensive 55-inch option.

Personally, as much as I like the design of the 55-inch Nokia Smart TV, I’m unsure if the pricing sits right. Especially in a market like India where similar sized Android TVs are priced way lower than this. Realme’s recently launched smart TV is priced at Rs. 21,999 for the 43-inch variant, and iFFALCON’s 55-inch 4K smart TV is priced at Rs. 29,999. Clearly, Nokia has its work cut out for itself.

The company will give out more details as we get closer to the launch of the new Nokia TV, so stay tuned for more updates.

A Flipkart listing for the upcoming 43-inch version of the Nokia Smart TV is now live. The listing sheds light on some of the salient features of the TV.

The new Nokia Smart TV will come with the same JBL audio as the 55-inch version. It will also feature Dolby Audio and DTS Tru Surround sound.

The listing also reveals that the 4K TV will come with Dolby Vision certification, and support a wide colour gamut.

The TV will be powered by Android 9.0, and will come with Chromecast built in.