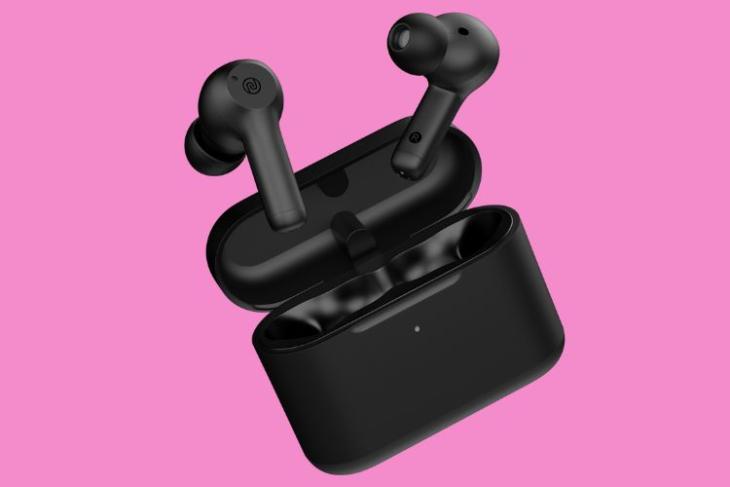 Noise has introduced a new pair of truly wireless earbuds called the IntelliBuds in India. The new earbuds come from the brand’s tech incubator, Noise Labs, and have been co-developed by Bragi. They support gesture controls, music sharing, and more. Check out the details.

The Noise IntelliBuds is touted as India’s first gesture-controlled TWS. The AI neural net allows the earbuds to differentiate between intentional and unintentional head movements. Users can shake their heads to reject calls or change a song and nod to answer a call. The IntelliBuds’ gesture controls can work while standing, using the stairs, sitting, running, and more.

There’s support for Hot Voice Commands, which will allow users to reject calls, play/change/pause a song, and enable/disable Transparency mode by simply saying, “Hey Headphones” with the required task. Transparency mode, once enabled can help cut out background noises, which can prove helpful during calls.

The earbuds come with the Music Sharing feature for users to connect two IntelliBuds without connecting to the main device. The process involves the press-and-hold input on the right earbud (primary earbuds) and the left earbud (secondary buds) and it’s done!

The IntelliBuds are backed by a 600mAh battery and are claimed to have up to 36 hours of playtime on a single charge. The earbuds also support smart battery optimization, Instacharge fast charging, and the HyperSync feature. There’s room for some customizations via the NoiseFit Smart app and a Customizer Equalizer too. Plus, the earbuds come with the ability to take remote selfies.

The Noise IntelliBuds come with a price tag of Rs 4,999 and will be available to buy, starting October 14 via GoNoise.com.

The earbuds come in white and black colorways.