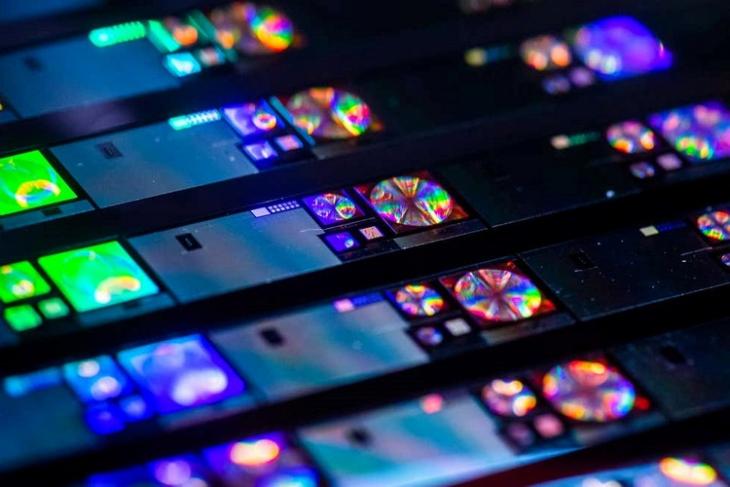 Over the past few years, we have seen significant developments in smartphone cameras. As companies started integrating more advanced lenses into smartphones, offering 100x zoom capability or Liquid Lens support, to improve imaging capabilities, a lot of progress has been made over the past few years. And today’s smartphones, like the Apple iPhones, rely on advanced camera systems to authenticate your face and unlock the device. However, these camera technologies come with their own flaws such as the notch on iPhones and unwanted camera bumps on modern smartphones. So, to eliminate such design flaws, a company has developed new lens technology that relies on polarized light information, unlike traditional lenses.

The company states that its new lens technology combines physics and optics, software and hardware to support next-gen smartphone cameras with improved privacy features. While most modern smartphones have facial recognition technology, they can be easily fooled using spoofing methods like a silicone mask or a printed picture.

One exception is Apple’s Face ID technology that uses a TrueDepth camera system to accurately authenticate a user’s facial ID, though it can also be fooled by similar faces. However, Apple’s camera system gave birth to the infamous and ugly notch on the front, which most users absolutely hate but have gotten used to.

The Metalenz PolarEyes lenses, on the other hand, are compact lenses that can detect polarized light information to authenticate users’ faces. Moreover, as polarized light bouncing off human skin looks distinctly different than what it looks while hitting other surfaces, it would be much easier to integrate Face ID-like systems without the need for advanced image-recognition algorithms or dedicated image processors.

Other than this, as the PolarEyes technology relies on a single, compact lens that can be hidden underneath a smartphone screen, it could potentially help Apple to finally get rid of the notch from their iPhones without compromising on the security of the system. Furthermore, the technology can also recognize faces when they are half-exposed, say when a user is wearing a mask. So, it could also eliminate the need for any workaround or an Apple Watch to unlock an iPhone while wearing a face mask.

Another key point is that Metalenz’s PolarEyes lenses rely on strategically laid out patterns of concentric circles on a tiny curved surface to bend and redirect light information to an image sensor. A single metalens can capture images as well as images captured by most current smartphone cameras. Hence, manufacturers can integrate a single metalens into their smartphones to eliminate rear camera bumps without compromising on its image capabilities.

The company says that metalenses combined with the latest PolarEyes technology can aid privacy features in future smartphones and even bring them to laptops and other electronic gadgets. It can also support future automotive applications and healthcare products, as per Metalenz.

Coming to the availability of the technology, although it has passed the research stage, the exact timeline for when the technology will start showing up in commercial products remains unknown. However, the fact still remains that someday you might pick up a smartphone and not see a camera bump at the back or an ugly notch at the front.

What do you think about the new Metalenz PolarEyes technology? Do you think it can truly help get rid of camera bumps and notches in modern smartphones? Let us know your thoughts in the comments below.