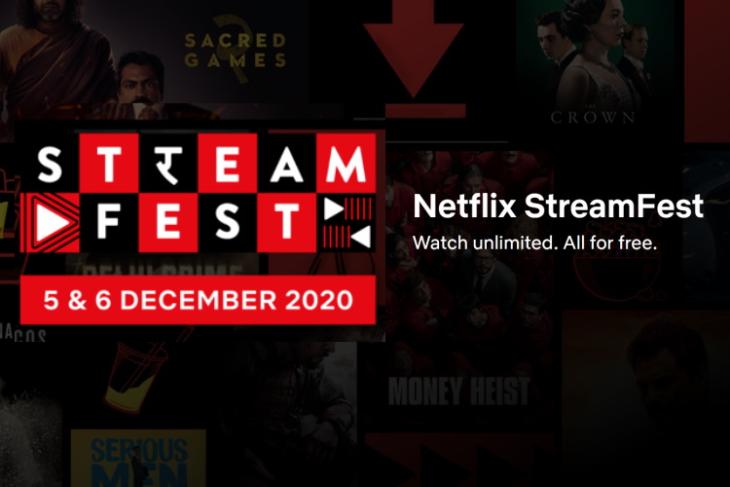 Netflix StreamFest kicked off on Saturday to provide users in India free access to the streaming platform’s entire catalog. This two-day event was supposed to offer users unlimited access to movies and TV shows until 11:59 PM on 6th December. However, the overwhelming response saw many users not being able to partake in Netflix StreamFest over the weekend. Thus, the streaming giant has decided to extend the promotional offer for a couple more days.

Yeah, you read that right. Netflix StreamFest attracted a huge number of new users to the platform over the weekend. This led to many only seeing the ‘Netflix StreamFest is at capacity’ error at first. But, it was followed by a new message – ‘We will remind you within the week when you can get your two days of free Netflix’, as also mentioned in the tweet attached above.

Now, if you registered but did not gain access to Netflix StreamFest, you would have received an official e-mail saying that the promotional event has been extended until December 9 in India. The official website now also shows that the event runs from December 7 (9:00 AM) to December 9 (8:59 AM). If you had registered for the event over the weekend but couldn’t get access, then you can binge-watch your favorite TV shows/ movies now.

This means you have another two days of free access to the entire content catalog on Netflix. It includes movies, TV shows, anime, documentaries, and a lot more. You can also test out all premium features such as Smart Downloads on mobile, Hindi UI, lists, and more. The Netflix StreamFest promotion enables you to stream in up to 720p video quality.

You just need to register with your e-mail, phone number, and create a password. You do not need to enter any payment information to gain free Netflix access in India. We have created a handy guide to not only help you register but also suggest the best movies, TV shows, or documentaries you can watch over these two days.

Netflix StreamFest (5th & 6th Dec): How to Get Free Access and What to Binge Watch?