Skip to content
Home News Net Neutrality is Dead in the US: What it Means For Internet Users Worldwide 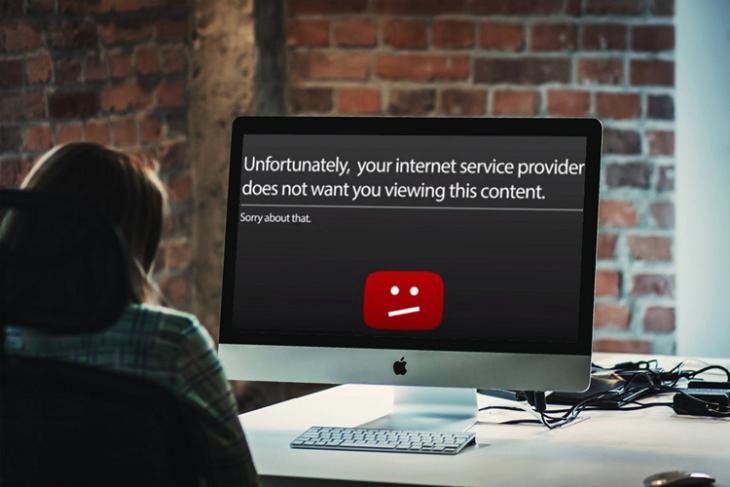 In spite of severe protests from internet users and dire warnings from leading technologists like Sir Tim Berners-Lee, Vint Cerf, Steve Wozniak and many more, the U.S. Federal Communications Commission (FCC) under the Chairmanship of Ajit Pai voted Thursday to abolish ‘net neutrality’, the principle that compels internet service providers (ISPs) to treat all types of internet traffic as equal without favoring some services, websites or protocols over others. As we noted in our detailed article on the subject, “Net neutrality is the basis of the free and open Internet that we’ve known for the better part of the past three decades”. So now that’s its been dismantled by the FCC, let’s take an in-depth look at what actually happened and what it means for internet users and content providers in the U.S. and beyond.

Which Regulations Were Repealed by the FCC?

The latest developments have paved the way for the repeal of Title II of the Communications Act of 1934, which preserves the internet’s level playing field, allowing people to share and access information the way they want. The rules were drafted by the FCC in 2015 under the Chairmanship of Tom Wheeler, who himself wasn’t exactly a vocal proponent of net neutrality, but was forced to pass the regulations under intense pressure from the Obama White House. The rules prevent ISPs from becoming the de facto gatekeepers of the internet by baring them from the following anti-competitive practices:

How Will the End of Net Neutrality Affect You?

The dismantling of net neutrality in the U.S. may have potentially serious consequences for internet users not only in the country but also around the world. According to many consumer rights advocacy groups, the ‘zero-rating’ of certain apps and music streaming services may just be the beginning of a slippery slope that will culminate in broadband service providers starting to sell broadband ‘packages’ in a way that will resemble the cable TV industry, whereby users will have to pay additional charges for accessing popular sites like Facebook or for using peer-to-peer protocols like bittorrent. There are also fears that ISPs could suffocate free speech by dictating what people can and cannot post online.

If you’re outside the U.S., the repeal of net neutrality in the Land of the Free isn’t going to leave you unscathed. Even though the effects are not going to be either direct or immediate, the move is certain to have negative ripple effects around the world, including in developing economies like India. That’s because regulators in these countries can now come under renewed pressure from emboldened industry lobbies to loosen net neutrality regulations. Online services may also become more expensive outside the U.S. or even shut down completely if they can’t make enough money.

Winners and Losers of the Elimination of Net Neutrality

For internet companies, e-commerce startups and small blogs, the one thing that can damage them irrevocably is the introduction of the so-called ‘pay-to-play’ formulae whereby big internet companies like YouTube (Google) or Netflix may pay off ISPs for super-fast connections to their subscribers, leaving their smaller competitors at a huge disadvantage. This would not only hurt small internet-based businesses by making them unable to compete on even terms against established incumbents, but also hurt end-customers by reducing options. While e-commerce startups will be the worst hit, remote workers, like freelancers and franchisees, could also face higher costs for doing work from home.

How You Can Still Save Net Neutrality in the U.S.

Ever since it was established almost thirty years ago, the internet has remained largely open and free, helping innovation and spreading knowledge around the world. With the scrapping of net neutrality, many fear that much of that progress could be in jeopardy if something isn’t done to stop the rampant FCC from trampling over the rights of netizens even further. In case you’re in the U.S. and want to save net neutrality in your country, here’s what you can do as part of a last ditch effort:

SEE ALSO: This is How Technology Giants Reacted to FCC’s Decision to End Net Neutrality

If you’re upset that all your activism wasn’t able to stop the FCC from trampling over the very regulations it was meant to protect, you need to realize that now more than ever, you need to let your local representative know your stand on the issue. With the midterms looming, they can ill-afford to ignore their constituents, so this is as good a time as any to start calling the people who begged for your vote promising to protect your interests, and hope that they live up to their promise for once.